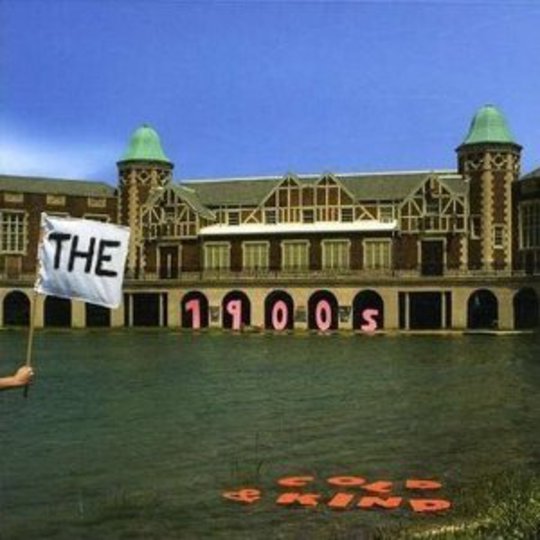 Gusting in like a refreshing breeze at a picnic in the height of summer, here come Chicago ensemble The 1900s. Yet Cold & Kind is no mere simple pleasure – repeated listens reveal it to be a deceptively complex and versatile record.

With early tracks such as ‘Georgia’ and ‘Cold & Kind’, it’s tempting to feel that you’ve got the measure of The 1900s – imagine Rufus Wainwright fronting Belle & Sebastian and you’ve got a decent idea. Yet the band evade easy pigeonholing, as the former track builds to a gospel-ish close with the repeated “Jump for joy” refrain, while the latter belies its sun-kissed harmonies with lyrical warnings of “my murderous mind… filled with hate”. Similarly, the apparently carefree groove of the gently gorgeous ‘City Water’ actually carries with it a tale of emotional turmoil – “You came right away / But you never stayed”.

As good as the aforementioned tracks are, The 1900s hit hardest when they’re at their most rousing. ‘Acutiplantar Dude’ follows on from ‘City Water’, cranking things up a notch, and builds to a thrillingly redemptive and transcendent climax – “If I died, I would live again in your body” – embellished by the hauntingly ethereal backing vocal harmonies from the group’s female contingent. And then, following the breath-catching interlude of ‘When We Lay Down’, comes the excellent ‘Two Ways’, which carries all the energy and urgency of the best '60s pop while maintaining the careful attention to harmony and compositional detail that characterizes the whole record.

It’s no accident that this review makes reference to the tracks’ positioning in relation to each other, as the band’s attention to detail certainly extends to the sequencing of the album. Cold & Kind is very much conceived as a complete whole, with its deliberate ebbs and flows and a clearly defined beginning, middle and end. Typically, this attentiveness even extends to the album’s running time – 40 minutes exactly, a nod to the 40th anniversary of Sgt Pepper’s.

It's difficult to find serious fault with Cold & Kind. There is certainly the odd moment which lets the side down (the anticlimactic ‘Supernatural’, the over-long conclusion of ‘The Medium Way’), but on the whole it's a great album – meticulously arranged without seeming over-thought, carefully restrained without compromising on emotion, and, crucially, demonstrating an excellent grasp of folky pop at its life-affirming best.