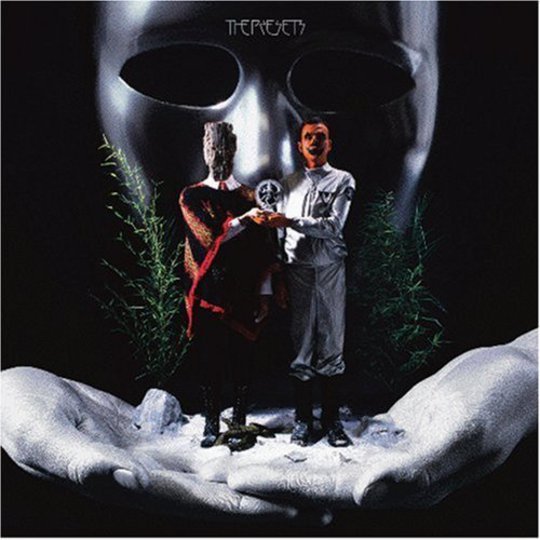 “Scream if you want to go faster.”

Fuck, I hate that phrase. Ever since spending my first day of Fresher’s Week, sitting glum-pussed in a run-down shack watching hoards of fellow students dousing their livers with a luminous soiree of cocktails, it’s been a saying that transmits cringing shivers down my spine. On its own, the combination of vowels and consonants may seem relatively harmless, but those six little words are always – always - accompanied by two soul-sucking constants: a pissed up letch pitifully attempting to be hip with the kids (no matter how ironic his attempts may seem) and the spasticated sound of Neanderthalic, chart-bound techno.

Without context the above paragraph no doubt resembles the semi-intoxicated rant of an ageing, snotty-nosed hack whose idea of fun is slurping coffee on a Sunday morning while trawling through the entirety of Etta James’ back catalogue, but if you’re reading this while listening to The Presets’ Apocalypso I’d wager you know exactly where I’m coming from. See, the Aussie-born duo of Julian Hamilton and Kim Moyes’ second long-player may not churn out swathes of Scooter-like filth but this is a record - both lyrically and musically - that fully embraces such incorrigible idealism.

For those accustomed only to The Presets’ through saucer-eyed floor stomper ‘Are You The One’ such accusations will come as no surprise, so bolshy was the cut of its surging, bass-hungry jib. However, the track’s long-play parent, 2005’s Beams, instilled an undercurrent of intelligence to its pulsating mainframe of industrialised electronica. Granted, some truly awful moments of delinquent-styled loin-burning were found lurking within - the innuendo laced ‘Down, Down, Down’ being a tragic nadir - but a few well-groomed instrumentals like ‘Black Mountain’ suggested record number two may serve up a distinctly more challenging selection of sonic delights.

Yet rather than turning their creative talents on to full beam, it seems the Sydney Music School drop-outs have dimmed the lights even further with the release of Apocalypso. Awash with diluted beats and token ‘80s synths, everything here – from the sub-par Green Velvet-like romp ‘Kicking And Screaming’ to the fist-pumping surge of _ ‘Together’_ - feels like an attempt to muster approval from the weekend-living, brain-frozen pillheads who frequent Pete Tong-curated festivals. For sure, it’s a brutal, hyper-paced affair, tempered with moments of unaffected bombast (in particular the rampaging ‘My People’, single review) that lend themselves to the embracive unity of clubland, but the record’s instincts are so basal it appears evolution is the last thing from the minds of The Presets.

Unsurprisingly, a spate of lascivious lyricism is central to much of Apocalypso’s hip-grinding output, with Hamilton promising “Baby, tonight the world belongs to you and I” like a brazen, credit-happy playboy during ’This Boy’s In Love’'s key-scattered dropkick. Worse still is horror-schlock squeal ’Talk Like That’, a track that finds our love-hungry frontman attempting to wriggle into his prey’s undergarments with bricklike subtlety, slavering “My how you’ve grown, I think I’ll call you on the telephone and tell you all the things that I’ve been missing” atop vampire organ chimes and an elasticised, throbbing bassline that's monumentally let down by such primitive wordplay.

Despite such wormlike mutterings it’s Apocalypso’s linearity that disappoints most. Track’s like ‘Eucalyptus’ and ‘Yippiyo-Ay’ set off as springy, funk-laden bed-hoppers - splicing together glitch-riddled effects and Hamilton’s regal vocal to create intriguing cuts of jerking, piston-charged electro - only to be stripped bare midway to re-build as one final, dramatic crescendo. It’s without doubt a formula designed for the dancefloor and one that works immaculately in a live setting but at home, with only a mug of kettle-boiled caffeine to stimulate the senses, this euphoria-inducing trick leads only to pent-up infuriation that eventually reaches its way to the eject button.

Closing number ‘Anywhere’ at least attempts to furrow the record forward, streaming out minimal surges of electronica that exudes the gothic doomsaying of Depeche Mode peppered with LCD Soundsystem’s more ambient excursions. But as Hamilton lecherously bellows out “Deeper, I know you want it / Faster, I know you want it” over a flurry of transient synths my spine begins to shiver and that all too familiar cringe immerses itself across my body. The Presets may not have demanded I scream this time but, judging by what _Apocalypso _has to offer, I'm pretty sure it's coming.