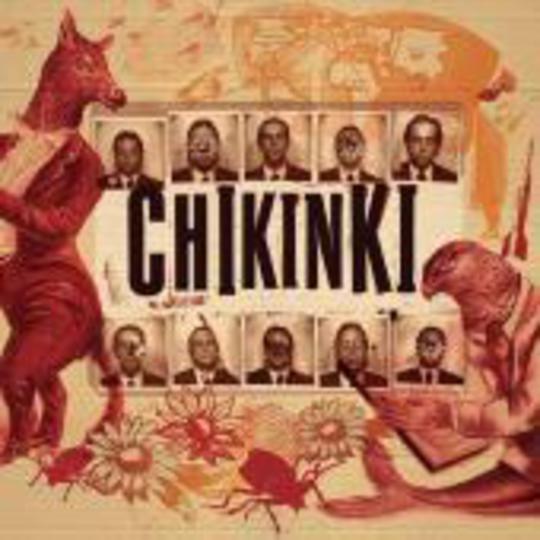 Where did it all go wrong? That is a question all five members of Chikinki must have been asking themselves on a daily basis for some time now.

Just four short years ago, they were co-headlining tours with Kasabian and, at the time, the smart money would have been placed on the Bristol quintet to succeed out of the two. The history books have since proved different, so much so that anyone outside of their most intimate fanbase would be forgiven for asking "Chikinki Who?", before actually being able to name any of their songs.

Having been signed and then dropped by Island Records, many bands would have just disappeared, called it a day, and ended up in the world of 9 to 5, never to be seen or heard again. To their credit Chikinki have kept on going, although one suspects on hearing Brace, Brace that it is more a case of wishful thinking than the boys finally coming good after all this time.

Apparently the band have attracted a large following in Europe, and these days you'd be just as likely to find Rupert Browne and company wandering the streets of Berlin as you would sipping pints at the Thekla.

What hasn't really changed however is the band's sound, and despite protestations from members about being pigeonholed into the indie/dance crossover scene, for the most part Brace, Brace doesn't suggest their musical nous is harboured in any other direction.

More worrying is the fact that the best song on this collection, 'You Said', first saw the light of day in May 2006, which suggests in even slower lack of progress than initially suggested. There are one or two moments where Chikinki briefly slip out of first gear: the visceral proto-thrash of 'Lies All Over My Eyes' and suggestive punk-pop of '2 Possible Worlds' are highlights, while the laidback bliss of 'Let It Go' suggests their alter-ego could be as scintillating and vital as Hardware EP-era Cooper Temple Clause if they put their minds to it.

Sadly, the wheat is eclipsed by the chaff here, and at 15 tracks long Brace, Brace serves up more unhealthy stodge than any good dietician would recommend in a week, let alone one sitting.