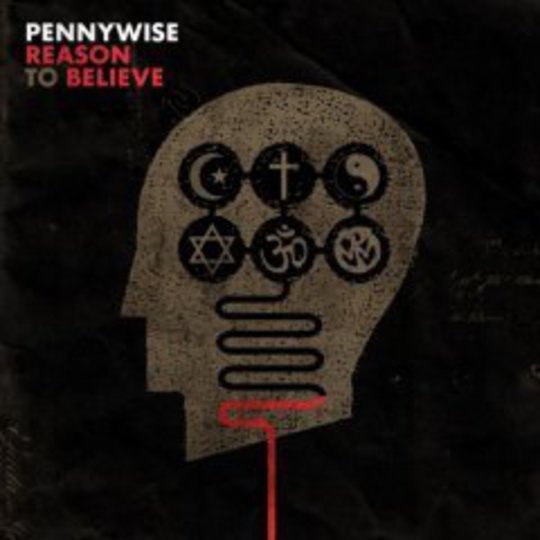 Pennywise have become the Motörhead of pop-punk, ploughing the same stylistic furrow since 1988 and, God bless ‘em, Reason To Believe suggests the LA band will be doing so for decades to come. Largely comprised of identikit songs with generic punk drumbeats and heavily processed layers of guitar this will no doubt excite genre fans and repel everyone else.

“We’re back again / What comes around goes around,” _ sings Jim Lindberg on opener _‘(Intro) As Long As We Can’. A fair point, no doubt, but quite whether or not their re-emergence today is as highly anticipated as they appear to believe is open to debate. Punk and hardcore have evolved with unerring ferocity in the last decade, following each new sub-genre to its logical conclusion and producing some truly unexpected surprises along the way. One has to wonder where the place for these archaic three-chord punk-pop workouts lies in the grand scheme now.

This new offering comes briefly to life in the mid-section where the songwriting takes shape (particularly on highlight ‘The Western Wall’), but quickly descends once again into generic sludge. Reason To Believe will undoubtedly keep the moshpits rocking, but it’s 2008 and yeah, we’ve heard it all before.