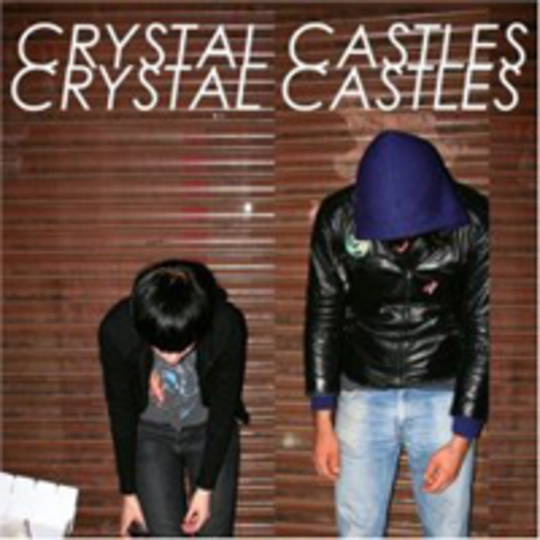 It doesn’t take much to stir sweet visions of tragedy in the loins and guts of music critics. Hype gets names on press releases, posters and TV ads, swings favour from the people ‘working’ the release, sways poor noses the way of stale troughs in the fight to shout the loudest. It follows, then, that a time in which everyone’s a music critic will be soundtracked by a bewildering clamour for attention from those looking to hawk what in truth are six, perhaps seven out of ten records with promises of genre-destroying oblivion, earth-shattering originality and the much-heralded but seldom-witnessed ‘pop apocalypse’.

In truth of course what we usually end up with floats flabbily and far adrift of this big idea – classless Justice clones whose MySpace pages you can’t visit without getting an electric shock or guitar goons for whom the ideas of ‘big’ and ‘best’ are compressed into the same horrible missile and flung in our wincing faces. And even if a band sounds truly apocalyptic, their dead-world visions stretch small-mindedly to a silver-suited retro-futurist pastiche of the initial impact, rarely moving beyond that or taking into account that anyone left standing after an epic nuclear or environmental disaster may not want to relive the whole thing through the medium of pop music.

Why all the blather? Here I go, damp-panted and screaming – there are moments on Crystal Castles’ debut record that make you wish all the plaudits weren’t so blown-out and valueless. Moments where Ethan Kath manipulates Alice Glass’s voice and everything around it in such a way that I’m left fumbling for a pre-cursor and, as such, moments when their scrambled digitisations sound otherworldly, almost new-worldly. When you pause to re-gather poise and break tracks like the HEALTH-sampling ‘Courtship Dating’ (see video below) and ‘Vanished’ down to their constituent parts you realise that what the duo are doing has a glorious past. Like The VU, SY, MBV (the best bands, there’s no need for names), Crystal Castles strike out to the edges of their own sensibility and return with the most unwieldy, uncomfortable sounds they find there before trying to work that noise inwards ‘til it passes for pop. And by ‘pop’ I mean to say ‘sex’, and the clumsy chaos that goes into getting it.

The past and sex are conjured in other ways – once you get through thinly-veiled synths that splay over Crystal Castles like a nu-raver’s kecks wafting on the line, all but a handful of the album’s 17 tracks slink along on tight but established disco / trance / house beats. Glass’s voice, too, is the same that’s been luring lusty seamen onto the rocks for millennia, but the way it and the drums are textured – so that the machines they’re passed through sound like they’re melting away – brings Crystal Castles to the outer edges of greatness.

Again, this may sound like vacuous hype, but the chances are you’ve heard this record as it leaked ages ago and it’s out already. So, if you’ve already heard it why bother to read this? Probably the same reason you’re in or know at least two people who are in shit, tediously derivative bands. The middle-classes have never been so swollen – anything, financially, is possible, so it’s easier than ever to make music, job or not. And if you can, why not? This outlook is what directs much action in a society based upon the individual’s right to leisure but then there’s the dilemma of having too much choice and not being sure how best to spend your time. Reading record reviews after you’ve heard the record is, on the whole, an example of this self-confirming narcissism – not that that’s a bitter-fingered accusation, I do it myself – as is forming a sound-alike band.

What makes Crystal Castles so thrilling is that they turn the fruits of this affluence into weapons to use against it, using technology to cut through the shitty mire. At times they seem to live and breathe through that technology – that much should be obvious already from tracks that have been on the duo’s MySpace for years, ‘Alice Practice’ and ‘Air War’ losing Glass in shards of melting synth so you don’t know whether it’s the voice or the machine that’s in control, the latter invariably bleeping away like a life support machine. The way the band’ve distanced themselves from the ever-bleating press is admirable too, surly interviews with Plan B, _Stool Pigeon and NME testament to a desire to opt out of the relentless churn of music as leisure and of consumption, (or just symptoms of a rabid speed habit).

I’m not trying to bang a drum for working class authenticity here, either – it’s impossible to conjure survival music when that survival’s already insured, so instead we get destruction music, which again has a long history, particularly among the various tribes of teenage suburbia. Memories of this tacky heritage are what sometimes drag Crystal Castles down – aimless blitzkrieg splurges like ‘xxzxcuzx me’ and ‘Love and Caring’ could easily have been cut from a record that’s three or four tracks too long, though it’s arguable if there are many who would’ve planned to listen to this from start to bitter end.

Crystal Castles’ end is bitterly sweet here – on final track ‘Tell Me What to Swallow’ someone dares to pick up an acoustic guitar and Glass’s ruined voice returns to breathy effect. It could almost be a lullaby if the lyrics weren’t so creepy (“through the walking, through me / I know he’d never hurt me / daddy watched me sleeping / praying for you silently”). It’s a bluff, really – they’re most at home within the crumbled walls of their post-disco apoc-rock; a crystal castle of technological rubbish fusing together under the harsh gaze of a falling sun, Kath and Glass digging around in the molten plastic for things to bang together, new-age Stigs dreaming of leisure’s lost golden age in a data dump.