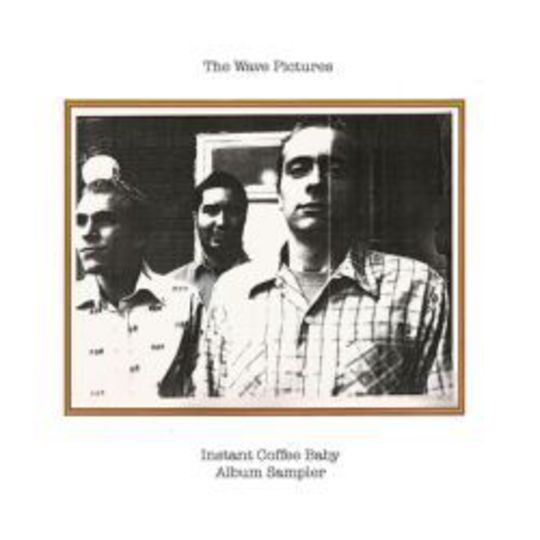 The Wave Pictures are a deeply personal band – their lyrics full of intimate detail, the semi-lo-fi quality of their recordings covering the music in a layer of cosy crackle. They illicit personal responses to their music: see how Emma Lee-Moss described the band, back in November, as making her feel like an “idiot girl in a poodle skirt swooning over a matinee idol”. I know what she means. My poodle skirt aside, the group, a three-piece from a London, write music whose lilting effervescence paints life with a kind of sepia nostalgia, an intoxicating blend of 1950s riffs and failed, baffling relationships – you can’t help but become wrapped up in it. It’s no coincidence lead singer Dave Tattersall has toured with most of the leading lights of the New York anti-folk scene, there’s definitely a shared aesthetic here, a dedication to specificity that lends every song the same warped candour as some discarded notebook. Although it feels like they’ve only just appeared in the public consciousness, The Wave Pictures have been going for years, releasing half a dozen self-recorded albums already – Instant Coffee Baby is only the most recent incarnation of an already polished act.

And, like I said, the devil’s in the detail. Tattersall’s a fantastic guitarist, but it’s his lyrics that carry the music, the simple compositions built around the vocal framework, one only occasionally interrupted by a searing, bouncy solo. So ‘I Love You Like a Madman’ begins with Tattersall announcing “If I made it through Christmas without smoking… I’d buy you bras instead of pickled eggs”, incongruous wordplay saddling the bounding, confounding joy of love. It’s a feature that runs throughout the record – on the title track, in amongst the rusty 8-track cacophony of Chuck Berry-esque guitar work and hand claps, we hear about “your Italian ex-boyfriend’s coffee machine which I stole when he left for Bologna”. Not to mention the fact that “you got cystitis didn’t you?” You get the impression that Tattersall is a sort of deflected writer, one whose compulsion towards rock 'n' roll leads him to spew up literary images in pieces, snapshots of moments and emotions held together by a jangling guitar rather than a plotline.

If, previously, The Wave Pictures were slightly too indebted to The Modern Lovers, here they sound like a band finding their own voice, one that treads the line between Hefner (Darren Hayman appears on the album) and the Herman Dünes (whose sister Lisa Li-Lund here sings backing vocals). Like Herman Düne’s Giant, the album seems to exist in a self-contained summer bubble of red wine (‘Red Wine Teeth’) and renewed hope (“it’s fantastic to feel beautiful again!” they cheer on ‘Cassius Clay’). Unlike Giant, they’re still a ramshackle quality to the production, the kind of slight hum and buzz that makes old recordings feel homely and imperfect. The best track on the album, ‘Strange Fruit For David’, is full of what makes Instant Coffee Baby so endearing, those warbling vocals, the sing-song chorus with its garbled imagery: “a sculpture is a sculpture, marmalade is marmalade, and a sculpture of marmalade is a sculpture, but it isn’t marmalade…”. You feel like Tattersall is singing with you, rather than at you, the songs themselves full of secrets and stories he's bursting to tell.