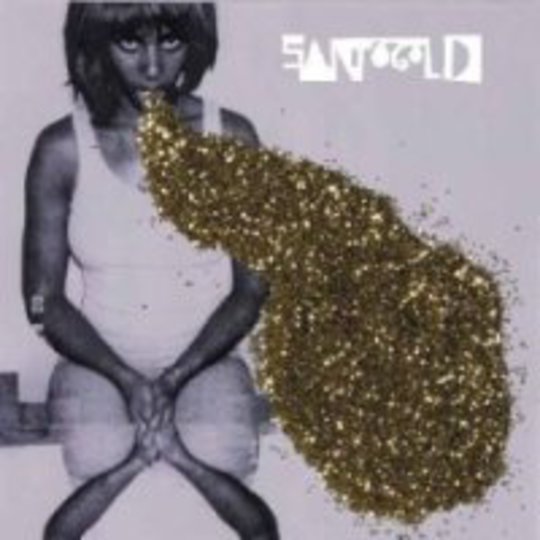 When Santogold first showed up on many people’s radars at the end of last year with double A-side ‘Creator’ / ‘L.E.S. Artistes’ she presented something of a dilemma – the first cut was a club-bound behemoth which sounded like sawn-off rayguns set to malfunction, but which nonetheless invited accusations that the Philly debutante was treading a suspiciously M.I.A.-lite artistic path. The flip, on the other hand, was a more-gentle affair that evoked the FM-friendlier end of new wave’s past, and suggested all was not necessarily as it seemed with Santogold.

There was more to her than meets the eye, as it turned out: as well as making music with ska-punk outfit Stiffed, she’d written an album for R&B act Res, and – gasp! – served time as an A&R at Epic. Quite the CV in an industry obsessed with sniffing out naught but the purest of panty: throw in a list of contributors to the album that makes Scarlett Johansson look like Billy-no-mates (Chuck Treece of Bad Brains, Cliffored 'Moonie' Pusey of Steel Pulse, Diplo, Freq Nasty, M.I.A., Naeem Juwan of Spank Rock, Radioclit, Sinden, Switch, Trouble Andrew, and XXXchange) and you’ve got more than enough evidence to convict Santogold as officially Trying Way Too Hard.

And yeah, it is_ over-thought, but that’s ‘one woman’s idea of what decent pop should be’-over-thought as opposed to the kind of focus-group overkill long-suffering punters will be more accustomed to. For all its flashier affectations Santogold’s agenda doesn’t extend to pushing envelopes or pushing any lyrical agenda other than her own; rather, this is a record that strives to perfect existing tropes into a cred-pop whole that’s a mirror image of exercises in the genre like _Justified and Gwen Stefani’s pretty-horrific solo efforts.

But even on those diminished terms, Santogold doesn’t quite succeed. Unsurprisingly ‘L.E.S. Artistes’ has been chosen as lead single and introduction to the album - the track is pure second-album Yeah Yeah Yeahs, solid enough but where that record gave the impression of restrained power lurking beneath the studio-bound polish, this is more a clinical pop facsimile. It’s a feeling that recurs throughout, from the clearly M.I.A.-indebted likes of ‘Creator’ and ‘Starstruck’, to the honeyed, Corrs-do-the-Pixies sheen of ‘Lights Out’ and ‘You’ll Find A way’ which sounds like The Police-lite, and I’m still not convinced that’s even possible.

On the plus side Santogold’s voice proves a valuable asset, veering from screeching banshee one minute to Deborah Harry pop siren the next, then back to Gwen Stefani’s primped vibrato before you’ve had chance to draw breath. Stefani’s a recurring reference point, though perhaps No Doubt’s slick latter-day output is a better bet given the dubby inflections that surface throughout.

Tunes-wise there’s some strength in depth here but it’s telling that, in spite of the lip service being paid to various left-of-centre influences, Santogold feels a strangely conservative listen, in danger of satisfying neither fans of M.I.A.’s wild stylistic forays nor the bubblegum masses thirsting after their latest dose of content-free self-assertion.