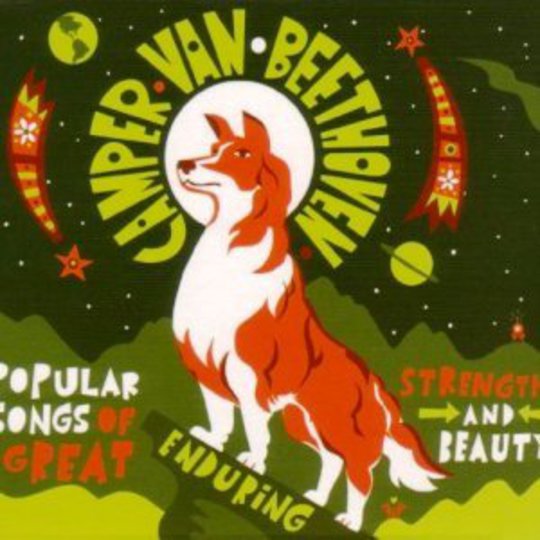 The mid-‘80s seemed to be a booming period for a great bands with silly names. Half Man Half Biscuit, Pop Will Eat Itself, The Men They Couldn't Hang, Gaye Bykers On Acid, Camper Van Beethoven. Formed at the back end of 1983 in California by singer/songwriter David Lowery, it wasn't until two years later upon the release of their best-known song 'Take The Skinheads Bowling' that people outside of the US underground college rock scene began to notice them.

Over the next five years, Camper Van Beethoven's prolific and (somewhat ahead of their time) eclectic approach to songwriting saw them release one album of new material every year – almost unheard of these days. Sensing the growth potential from cult heroes to a mainstream chart act, Virgin signed the band just in time for their fourth long player, Our Beloved Revolutionary Sweetheart, a somewhat radical departure in a commercial sense from their previous releases. Ultimately, this marriage of convenience with a major record company marked the beginning of the end for Camper Van Beethoven, and it wasn't long after that fellow songwriter and future member of Sparklehorse Jonathan Segel quit the band, effectively nullifying their creative impact.

As with many leading lights of their era, Camper Van Beethoven have since reformed; they recorded their first album in over a decade in 2004, New Roman Times. But it is undoubtedly the period from 1985-90 that they'll be remembered for, and ultimately that is what this latest 18-track compilation Popular Songs Of Great Strength And Enduring Beauty both commemorates and celebrates.

The band's relationship with Virgin soured extensively over the years (and Lowery's with his next project Cracker wasn't much better either). The label refused to let them use the master tapes for the output recorded during their time on the label, meaning that the five songs taken from the period had to be re-recorded prior to their inclusion on Popular Songs..., the band fortunately still owning publishing rights for the original artefacts.

Across the compilation there are many highlights: 'Take The Skinheads Bowling', since given a new lease of life thanks to both Manic Street Preachers regularly including it in their live sets around the time of Everything Must Go and its inclusion in Michael Moore's epic docudrama Bowling For Columbine, is the most obvious. Elsewhere, 'ZZ Top Goes To Egypt' sounds like a prototype for My Morning Jacket, such is its delicate, frazzled ambience, while 'Opie Rides Again/Club Med Sucks' mixes C86-style goofiness with slacker punk noise and the Zappa-esque 'Circles', all backward-masked vocals and tabla-etched rhythms, shows two more adventurous sides of this largely underrated ensemble.

If you aren't totally aware of Camper Van Beethoven then Popular Songs... is the perfect place to broaden those horizons. You won't be disappointed.