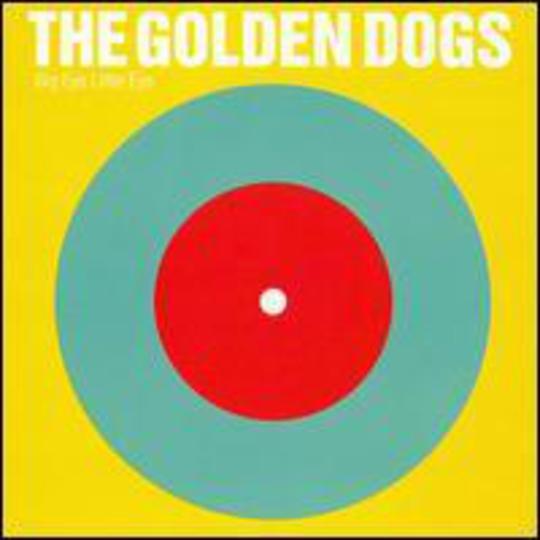 Although barely known outside of their native Toronto, the story of The Golden Dogs can actually traced back to the summer of 1998. That was when singer/songwriter and guitarist Dave Azzolini met his future wife, keyboard player Jessica Grassia on their (then) local Ontario high school band circuit. Although parted for three years by further education and low-paid day jobs, the pair eventually re-located to Toronto, hooked up with guitarist Neil Quin, bass player Stew Heyduk and drummer Taylor Knox after countless others came and went and over a period of intense rehearsing and primitive songwriting, The Golden Dogs were born.

"Nothing unique about that" you're probably all thinking, and to a certain degree you'd be right, except that with this quintet, time and space has proved to be the decisive factor for where they are now, because if Big Eye Little Eye, their first internationally released long-player is anything to go by, those initial spurts of disfunctional activity have paid dividends.

Although not the first Canadian husband and wife to lead the crusade against humdrum middle of the road drudgery, The Golden Dogs actually manage to fuse the best bits of their parents' record collections with both pop and experimental sensibilities that recall artists such as The Wannadies in one sense and even Blur in another. Across the twelve pieces here, Big Eye Little Eye doesn't rest on its laurels at any point and even their take on Paul McCartney and Wings' 'Ninety Hundred And Eighty-Five' sounds more Vampire Weekend in its execution than... well, the aforementioned and slightly overrated New Yorkers if we're being honest.

The opening punk-pop of 'DYNAMO' causes hearts to flutter and limbs to flail in a way Johnny Foreigner have been managing to do on these shores recently, while the experimental beat-pop of 'Painting Ape' could easily be the best thing Damon Albarn hasn't written this century. Elsewhere, the awkward piano-led minimalist eroto-pop of 'STRONG' manages to rival The Ruby Suns for eclectic grandeur, throwing surprise after surprise at free will while 'Construction Worker, where Grassia takes the lead vocal, mixes Breeders cool with Nada Surf complexity.

All in all, forget about the influences if you can for one second, as The Golden Dogs clearly know how to utilise all the main ingredients in one smouldering cauldron. Having already wowed South-by-Southwest and Great Escape audiences earlier this year, Big Eye Little Eye will almost certainly endear them to the rest of us not quite fortunate enough to have witnessed them in the flesh thus far.

Canada, you have spoilt us once again.