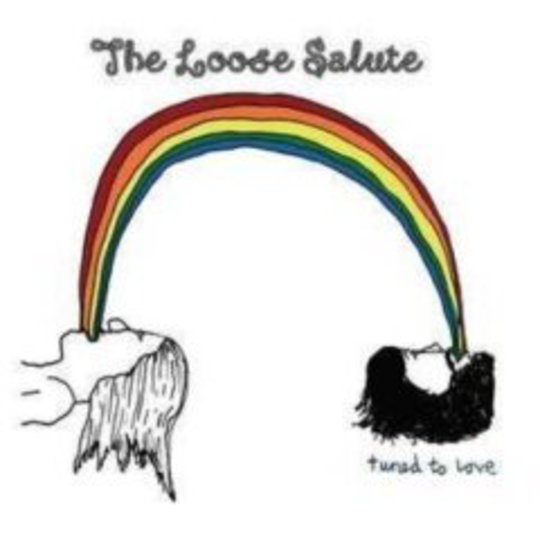 With the sun resting high above the skyline and sweat-beads trickling down the line-burrowed foreheads of early-morning commuters, now seems like the perfect time for The Loose Salute to release their debut long-player Tuned To Love. That’s not to say the Cornwall-based quintet’s predilection for sweetly coined country twanging couldn’t prosper in more temperate seasons, but the record’s feel-good glow is entirely in keeping with the carefree lounging of an early summer’s eve, iced cocktail in hand while a contented bluster of inane chitter-chatter flows long into the night.

Contrived by ex-Mojave 3 sticksman Ian McCutcheon and the breathlessly toned Laura Bilson, The Loose Salute draw parallels with much maligned tune-churners The Magic Numbers, brandishing reams of melancholic, self-examining vignettes over blushing melodic tempos. But whereas the sibling-spawned quartet’s soaring ditties are firmly of the major-key, there’s an ever-present feel of scuffling understatement to Tuned To Love that’s occasionally as endearing as a bubble-gum blowing toddler, but more often feebler than a coffin-dodging geriatric.

Permeated with chirpy glockenspiel twinkles and carousel-twirling keys, opening number ‘Death Club’ initially sets off as a fuller-bodied The Boy Least Likely To, bristling to the cowboy-like saunter of harmonies and banjo while McCutcheon coos reminiscently over days of yore. Brittle and melodious, it’s a dew-soaked spine-tingler that should pace-make for the wealth of paddling-pool janglery to come. Disappointingly, what prevails is a more whimsical, disposable proposition, weighed down by stop-start jitters of flagging self-confidence and swathes of preposterous, stomach-churning lyricism.

The problem is that very little here sticks. Tracks like the mundane ‘Photographs and Tickets’ and the stagnant ‘Why’d We Fight?’ bypass attention spans like a mascara-adorning teen would a family trip to the Lake District, and as the record progresses it becomes increasingly apparent that such instances of banality are almost all accosted by Bilson’s wilful purr. Undoubtedly blessed with a smouldering set of pipes, her Nashville-aping vocal borders constantly on the puerile, particularly during the woeful ‘Turn The Radio Up’ as she dispassionately declares “I’ll drive you right out of my mind” to a fella who – judging by the languid amalgamation of guitar, bass and piano – would have bought her the motor himself just to escape the tune’s lumbering tedium.

When McCutcheon takes the reins a rich picturebook splendour radiates from the vivid word-plays of the muted ‘Ballad Of The Dumb Angel’ and ‘The Mutineer’’s woozy, ethereal floating, while the title track’s barn-stomping blues finds him crowing like a cherry cola-slurping Dylan as a runaway train of steel-guitar and organ keys hurries alongside. Yet despite such crisply composed endeavours, The Loose Salute all too often dawdle in the mundane, seemingly unsure as to how to navigate themselves on the road to the simple, ebullient songsmithery they crave to create.

Sure, there are moments of blue-sky soaring beauty tucked away in this collection of fey, pop-country cuts but, perhaps mirroring the inconsistencies of a typical British summer, _Tuned To Love _is very much a disappointing damp squib.