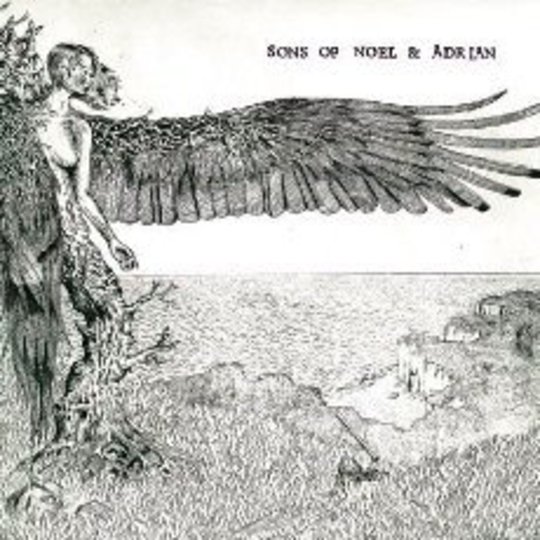 Founded by guitarist Tom Cowan along with vocalist and fellow six-stringer Jacob Richardson, the sons of Adrian and Noel (respectively) left their landlocked homesteads for the salty air of London By The Sea (as Brighton is more eloquently known) but a few short years past. On arrival, lured by the sound of the waves, the smell of the sea and the urban melting pot of music and culture, they quickly kindled sonic fires across the city, their instrumental arson unexpectedly exploding into a 20-legged beast of epic proportions. Spending their Mondays rehearsing with a bottle of wine in a conservatory close to the South Downs, this shape-shifting giant of alternative folk can perform live with as many as ten or as few as five members, their musical wares flexible enough to be stripped down to the naked bones or blown up to scales of cinematic magnitude.

Their self-titled debut album effortlessly captures every angle of this enigmatically unconventional beast. Avoiding the pitfalls of excessive knob-twiddling, the Brighton collective’s dense live sound is excellently captured on record, conflicting harmonies crashing together like waves against a rocky shore, whilst delicate, reedy vocals skim the surface like a careless hand breaking the surface of a bottomless lake. It’s predominantly string based – guitars, cellos, violas and violins dart around each other like jostling, shimmering creatures of the deep – while drums, whistles, pianos and glockenspiels (plus a host of other instruments I hesitate to even attempt to name) gently intertwine themselves around the layered male / female vocals, before subtly vanishing like a secret lover sneaking into the grey light of dawn.

Supporting a total of nine songs and clocking in at over an hour in length, each inspirational, frequently brooding composition speaks in intricate tongues of simpler times, evocative instrumental breakdowns speaking the words the lips cannot. An intensely vivid journey into a discordantly beautiful world, *Sons Of Noel And Adrian *have liberated themselves from the constraints of society’s sonic status quo, and in doing so, have created something truly inspirational.