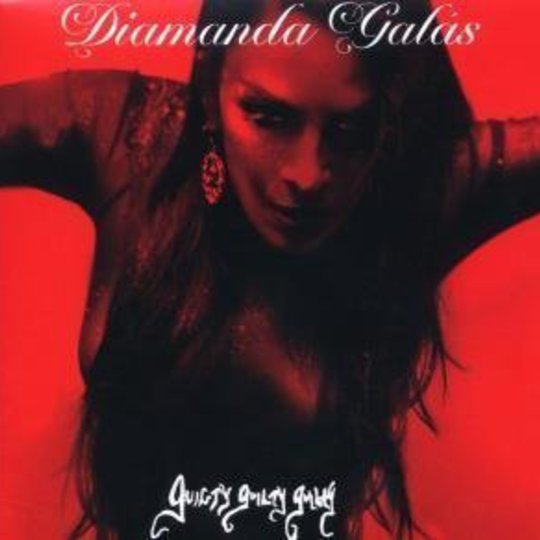 When Franklin D Roosevelt announced “we have nothing to fear but fear itself” he'd clearly never been subjected to the Warlockian annunciations of Diamanda Galás. If he had, you can bet your bottom dollar his inaugural address to the American nation would have been a helluva less optimistic affair.

Rampaging of tone and terrifying of scale, the San Diego-raised warbler has released 16 supernatural séances over the course of her 26-year-long recording career, garnering such back-handed accolades as “Lizard Queen” and “life sucking” from petrified hacks. And album number 17, Guilty Guilty Guilty, does little to readdress the zombified persona this 52 year old has revelled in since her screeching, scented-sleeved debut single ‘The Litanies of Satan’ was unleashed upon an unsuspecting music buying public back in 1982.

Abound with gothic reinterpretations of classic song writings by the likes of Edith Piaf and Ralph Stanley, this exhilarating collection of avant-garde horror-jazz furrows itself deep within the pits of churning, nauseated stomachs whilst slowly unleashing a swill of disarming sonic poison into the bloodstream. From the first predatory strike of ivory keys that jitters out from the O.V. Wright-penned ‘8 Men And 4 Women’, it’s clear this is going to be a tumultuous journey, with Galás' acidic growl dislodging comfort zones in a midden of acrobatic shrill.

To describe Galás’ astonishing rasp in mere words is, quite frankly, undoable – these are a set of lungs that demand to be heard, deserve to be explored. By mimicking the age-old ‘speaking in tongues’ technique Glossolalia – a Christian practice of reciting fluent speech in inaudible, intelligible utterances – this demonised damsel transforms jazz bar staple ‘Autumn Leaves’ into a macabre vaudevillian opus that quick-steps from slooping Simone-like blues to a writhing hellfire of burning, inconsolable heartbreak.

The obvious stand out in this aurally challenging compilation of tear-stained love songs is the overwhelming reaper-like reprise of Stanley’s ‘O Death’. Beginning with Galás’ incoherent tombstone-cut bawl, it emerges as a Waits-esque guzzle of bloodthirsty tankard swilling, ravaged by deft Dirty South keys and a harrowing underpass of pin-dropped silence that’s punctured intermittently by the occasional whoop of appreciation from a jaw-agape audience.

And it's this which makes Guilty Guilty Guilty such a remarkable feat – much of its content is recorded as live. Yet, in these times of multi-layered production, the thought of each staggering, pitch-perfect cut being concocted in just one take seems like an incomprehensible, noggin-crunching proposition. And that, ladies and gentlemen, is what we should truly fear. Not fear itself but the brilliant, shrieking holler of one Diamanda Galás.