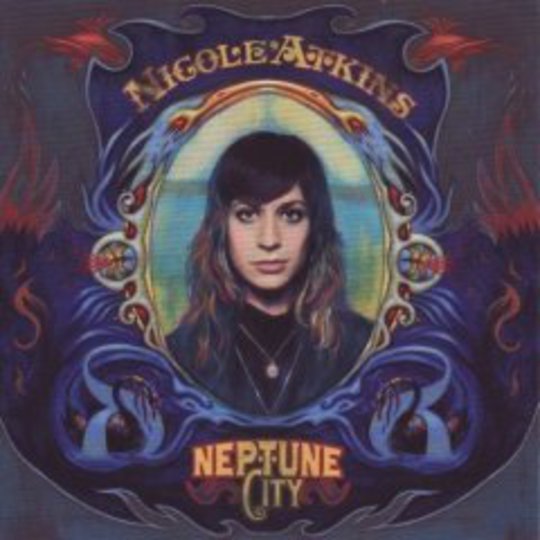 You do begin to wonder where this trend emerged from. Young girl, post-Tori Amos, connects with own emotions, discovers she can hammer away with mediocre precision the odd song from Parachutes on her mum’s piano, does drama at uni, “tours the toilet circuit” (plays student union), gets attention from labels and promoters who generally deal in Christian music, releases small single, gets snapped up by major label as “refreshing antidote to over-produced girl-pop”. It’s bollocks, the whole lot. Tunstall, MacDonald and any other number of insistently, supposedly credible artists are adding nothing to our musical growth.

Nicole Atkins, though easily more digestible than much of this trend, still falls a long way short. Many of these songs have an attractive gait, a smidge of melodic and harmonic invention that positions her reasonably close to the front of the lame pack, but ultimately there’s little here to recommend her or mark her out as truly outstanding. Maybe if the labels behind these folksy songstresses wouldn’t ram the ‘credible artist’ angle down our throats quite with such ceaselessness then we might be able to make a reasonable judgement, but the constant lowering of the accepted popular music benchmark (in the very popular realm, anyway) makes this impossible. Paramount to the people behind Nicole Atkins is the desire to make her appear emotionally honest, non-contriving and valorised by the middle classes.

‘Love Surreal’ is completely juvenile, smashing along with all the subtlety and nuance of the Heart FM breakfast jingle, with Atkins’ clearly accomplished voice not given any room for fun or exploration. The title track is much better, with arching, artful melodies and surprising guitar-meat throughout, but it’s really not enough. Elements of cool jazz, piano tinkles that are more genuinely welcoming than cheesy are introduced for effect and then either underdeveloped or completely ignored, urgency and the arrival of the chorus being the most important goal. The opening track, ‘Maybe Tonight’, is a collection of loosely connecting tunes tacked onto a faux-muscular chorus that is nothing like as catchy as it thinks it is (over-familiarity and resemblance to Blondie is by no means a substitute), and sadly dies a quick death - symptomatic of most of the ideas on Neptune City. Examples, all, of how to lazily repeat yourself.

Sadly, there’s not a great deal more to say about this record, other than that it breezes by with little personality, originality or anything else that everyone behind Nicole Atkins screams that she has in shedloads more than her contemporaries. Fairly useless.