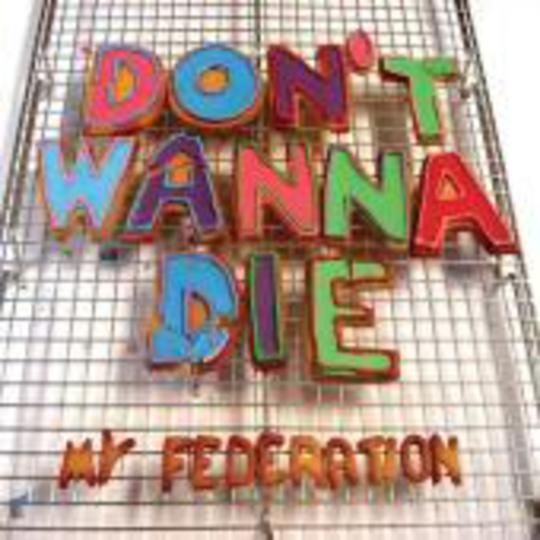 Lee Baker is a man of many talents. Not only is he the brains and voice behind My Federation, his own musical vehicle of sorts, he also makes music for others, having produced recent works for the likes of Tim Booth, Chungking and Clearlake.

With a CV like that, only a fool would expect anything less than an impression half decent from Baker's own project. Unfortunately, that is pretty much the best way of describing Don't Wanna Die: half-decent, nothing more and nothing less.

You see, for all his protestations about My Federation being a "psychedelic electro rock outfit with balls and bells", there's not a lot here to really get excited about, or even remember five minutes after the record has ended. Fair play to Baker for his mastery in the studio; Don't Wanna Die sounds as well made and pristine as far as sound quality goes as anything else you're likely to hear this you. Sadly, the quality of the songs - surely the main ingredient of any upstanding record? - fall someway below the mark here.

Occasionally he gets it right. 'Honey Bee' is a rasping slice of Guillemots-style quirky pop, while 'Something's Gotta Give' and its climactic finale offers more than a passing nod to Super Furry Animals' 'For Now And Ever' due to a closing section engulfed in strings that lasts a full two minutes.

The rest though is as forgettable as a Do Me Bad Things b-side or an Ooberman outtake, and if Baker was ever forced to choose between the band or his day job, Don't Wanna Die makes the decision a no-brainer.