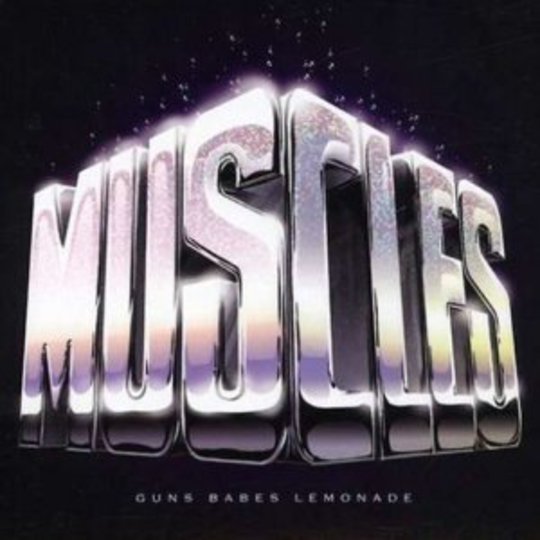 With such a brash title and with such youthful colour and range of expression comes the debut of Muscles. Sophisticated it certainly isn't. Luckily, though, it is quite entertaining and sweetly heartfelt at times, which helps dull the harder musical slaps. Lead single 'Ice Cream' is a prime example, rather relentless and mostly enjoyable, but with the kind of beating heart that could either champion or nullify an artist such as this. It's as if a child has been given the keys to the Millennium Falcon but a pre-pubescent Wookie co-pilot is hogging all the fun. The ride is fast and intense, but lacking a little in finesse and subtlety. "I just wanna dance with my shirt off!" is not quite the compelling sentiment it could be, but there really is no need for it to be anything more.

Muscles, the man himself, is an Australian child incapable of doing anything quietly. He's fawned over by Soulwax and Architecture In Helsinki, he's not frightened of anything, he's ballsy and, yes, relentless, but there is a lovely feeling that he might still flourish. There's the danger that he'll turn into a superstar prick DJ whose tunes will encourage you to buy an iPod, but this shouldn't, shouldn't happen. Compose with discretion, Muscles, let only your very best material appear on your next record and all that banging will have been worth it. People will love the bildungsroman, the story, the evolution, the progression.

But yes, banging. Opening banger 'My Friend Richard' is similarly unrelenting, complete with Kaiser Chiefs howl (never mind, eh?) and demented falsetto vocals, another excellently undemanding listen. Though there are moments (a seven-minute moment on 'Futurekidz') that are slightly slinkier, slightly more interested in the Sebastian Tellier-esque mood than simple smash of dance progression, but ultimately these moments are slightly too far apart from one another for the complete emotional package to be delivered on time. Maybe we're missing the point, though, and the idea is just to be completely righteous at all times and not get too bogged down in the reasons you might not always feel completely righteous. For every furrowed brow theirs about six hundred e-fuelled gurns to tip the balance. Simply dance yourself happy.