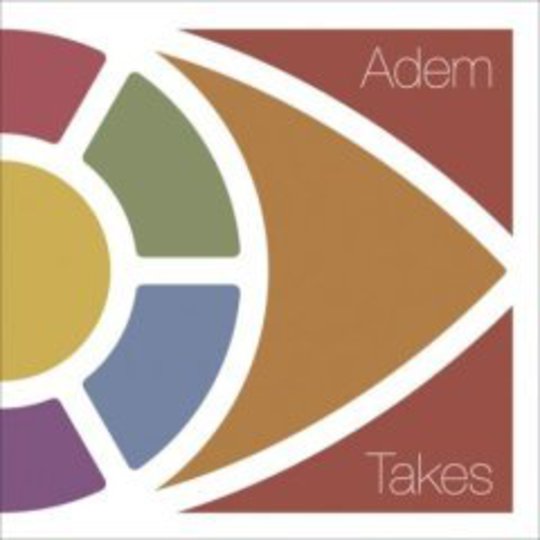 Adem Ilhan’s first two albums as a solo artist established him as a singer-songwriter to be reckoned with; often bracketed under the unfortunate moniker ‘folktronica’, in truth the records’ experimental leanings were relatively limited. Their strength lay instead in Ilhan’s enveloping warmth and skilful arrangements; heartbroken laments suffused with optimism, relayed via all manner of vintage acoustic instruments. Homesongs arguably remains his finest hour, culminating in the unabashed, slow-burning reassurance ‘There Will Always Be’, although the following Love And Other Planets (review) ploughed further afield for inspiration and gave it a fair old run for its money, far-reaching in its lyrical concerns and of an agreeable percussive bent.

Let’s make it clear – these are two records this critic holds very dear to his heart. Takes in comparison is a very different proposition; ambitious in a manner immediately setting it aside from previous efforts.

The question of why Ilhan feels it necessary to go with a release of this nature for his third is valid, but given his pedigree and artistic nous we’ll indulge him that one for now. More pressing then: the artists covered. In cuts such as dEUS’s superlative ‘Hotellounge’ and PJ Harvey’s ‘Oh My Lover’, Ilhan has opted for striking, overtly dramatic and instrumentally bold numbers, which immediately sit at odds with his recorded output thus far. The emotional depth of his earlier offerings derived from an eye moistening, subtle and wholly personal honesty. They worked so well because everything presented us was Ilhan’s own – from each strenuously enunciated vowel through every finger-picked note, and in that style they made complete and perfect sense.

The two aforementioned 'takes' seem almost superfluous; stripping them relatively bare and delivering them as low-key acoustic melange – relentlessly pretty as it is – fails to imprint on them much of note, and furthermore pinpoints shortcomings evident in Ilhan’s voice, which strains notably as he struggles to inject a sense of Harvey’s impassioned wail into proceedings. Ill-advised adaptations of Björk and, lord save us, Smashing Pumpkins fall short for exactly these reasons, and where The Breeders' 'Invisible Man' should sound sprightly, here it teeters towards the lackadaisical.

Which isn’t to suggest the album is entirely bad, as such – rather that without an actual theme to hinge upon it suffers considerably (these twelve tracks were all songs that impacted strongly on Ilhan between 1991 and 2001. Hmmm? Hmmm). The cover versions that ring truest do so by virtue of sounding almost exactly as you’d imagine – a smooth, undemanding run through Pinback’s lost gem ‘Loro’ positing a fine reminder of the original’s hypnotic melody, or a stately, sonorous iteration of Low’s ‘Laser Beam’. The giddy exception to this rule is Ilhan's canny amalgamation of two Aphex Twin numbers - 'To Cure A Weakling Child + Boy/Girl Song'. Taking the clipped, sampled children's vocals of the former and wrapping them around the (gender-switched, AFX-approved) melody of the latter brings forth an ebullient, twinkling tapestry of soft instrumentation and glockenspiel, Ilhan's vocal far more accommodating here than in the brazen theatrics tackled elsewhere.

Despite this, Takes never truly shakes the initial notion of a missed opportunity: failing to place a distinguishable spin on the material it seeks to celebrate, ultimately coming off a well-intended curio ticking as many boxes as it omits. Roll on the next album proper then, for missteps aside Ilhan remains an artist with the rare capacity to comfort, beguile and honestly soothe.