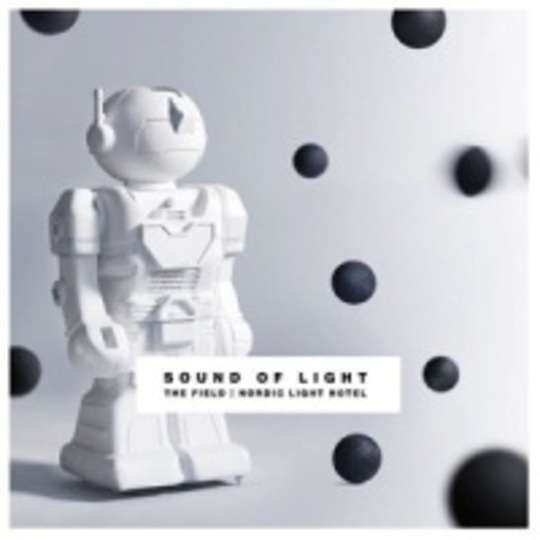 Stockholm’s The Field, aka Axel Willner, was one of the few proper electronic acts of 2007 to be correctly filed under crossover. From Here We Go To Sublime, his debut LP on Kompakt, proved to be a potent tonic for many critics and like-minded fans thanks to its clever interweaving of deconstructed pop samples amongst a constant ebb and flow of synths and stuttering beats.

Willner’s latest as The Field, the iTunes-only Sound of Light EP, isn’t so much a follow-up as it is a quasi art instillation / clever marketing piece. Commissioned by Stockholm’s Nordic Light Hotel, _Sound of Light _is intended to be part of a series of works created by different musicians, reflecting their individual experiences after spending a night in the overly designed hotel.

An example of high-minded brand extension on the hotel’s part in an attempt to lure in the fashion crowd and Wallpaper subscribers? Of course. But, much like Brian Eno’s landmark Ambient 1: Music For Airports (which was designed to calm the nerves of airport passengers), the resulting EP rises above its initial context and rightfully stands on its own two feet as a solid body of work.

Structured around four, 15-minute-long movements entitled ‘Morning,’ ‘Day’, ‘Evening’ and ‘Night’, Sound of Light serves as a protracted extension to the ideas Willner explored on his debut. ‘Morning’, for example, stretches out the tricks heard on the more compact ‘A Paw in My Face’ and it’s easy to find other parallels between the two records. It’s only on the gorgeous ‘Night’ that you find Willner veering outside of his usual low-end to construct a dreamy, future landscape out of nothing more than cranked up synths, clicks and vocal samples flickering in and out of the background.

Ideas now familiar to anyone exposed to From Here We Go To Sublime abound here. Some might view that as a fault, but by extending the amount of time he previously allotted himself, Willner transforms and lends a whole new dimension to the proceedings that often proves itself to be blissfully hypnotic. Now let’s see if he can pull it off again with his proper follow-up.

Isn't This Supposed To Be Fun!?