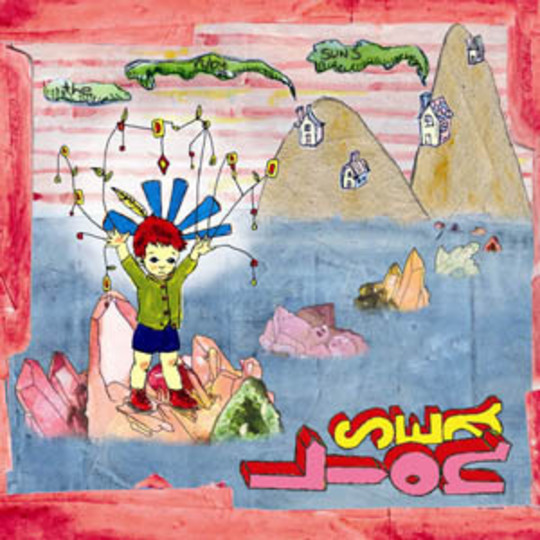 As a rule, the phrase 'concept album' has largely been met with disapproval and disdain, due in no small part to its origins in the dark days of the early '70s when creativity was seemingly lost amidst a sea of bad drugs and overstated pomposity. But then, of course, there have been some belters: Daydream Nation, A Weekend In The City and All Hour Cymbals being three that spring to mind. Sea Lion is another to add to the list.

Its creators, The Ruby Suns, are a three-piece based in Auckland, New Zealand, and although the record's title was actually inspired by a sea lion colony off California's Highway 1, the main subject matters for the ten songs here emanate from their time spent in the band's newly adopted homeland. I say newly adopted, because band lynchpin Ryan McPhun actually originates from California and, having already undergone numerous line-up (and, ultimately, sound) changes between 2005's eponymous debut and this release, has now settled on a group featuring local musicians Amee Robinson and Imogen Taylor. The trio has adopted a range of styles from Maori chants, psychedelic pop and orchestral compositions not too dissimilar to the likes of Animal Collective, or a more obtuse Grandaddy.

Other comparisons Sea Lion will undoubtedly attract are with the likes of Paul Simon's Graceland and Panda Bear's Person Pitch, simply because it manages to cross several genres without so much as a time change whilst also encompassing sounds honed on all the world’s continents. Like a Technicolour Dreamcoat of musical autonomy, its sleeve gives the game away, particularly after one engaging listen: Sea Lion is a palette of inspiration where songs about ancient trees ('Tane Mahuta') and New Zealand's southernmost point ('Adventure Tour') can sound like a cross between Brian Wilson taking control of New Order to floaty psychedelia like The Shins covering the aforementioned Avery Tare-fronted outfit.

McPhun comes across not only as a great songwriter here but also an intrepid and highly amusing storyteller, fusing his hometown escapades with tales of Kenyan gallivants and Mojave comparisons along the way.

All in all, Sea Lion is a sublime record that won't get much attention initially due to its (at present) low-key release, but by the time the end-of-year lists come out nine months from now, expect it to figure prominently in the hearts and minds of both critics and punters alike.