Love On The Rails 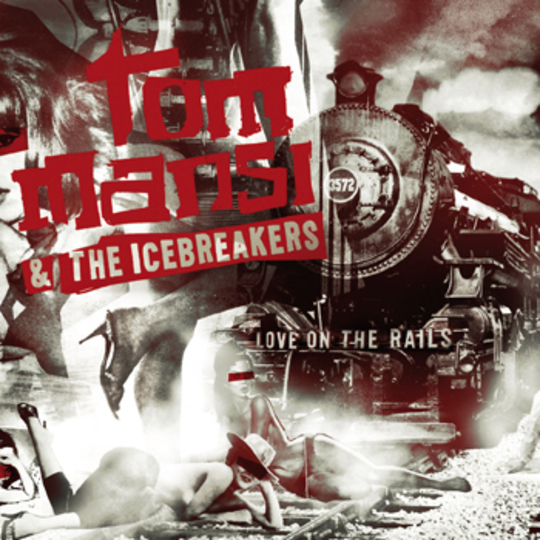 For all his good intentions and musical merits, it really is difficult to see what relevance Tom Mansi has in the 21st Century. Sure enough, the guy can play old-school jazz bass guitar with the best of them, while his backing band The Icebreakers - essentially a group of session musicians recruited for the recording and (occasionally) touring purposes of their main Man(si) - also know their A minors from their E sharps with unconditional aplomb.

If only fluency, a rigorous approach to note-by-note perfection and songs structured in such a way that Ronnie Scott would probably be tapping what bones in his feet haven't disintegrated six foot below were the main sources of musical integrity then Mansi would sure be on to a winner here with Love On The Rails. These songs _so_ want to be regaled by Mississippi Delta devotees that you can almost here their creator pleading for mercy at one point. The fact this record was actually honed and created in New Barnet tells its own story, unfortunately.

Although Mansi may have the right endorsements - Perry Farrell, Slash and Donovan to name but three - there's a certain degree of faux-sincerity and an overly degrading dose of self-righteousness throughout Love On The Rails that almost makes it impossible to get through in one sitting without the aid of a tub of paracetamol and the precursory sick bucket.

While the tales of lesbian cabaret star Holly are slightly interesting ('Holly Takes The Midnight Mountain Road' and 'Holly'), the likes of 'Truckin' Along' (Where? On the North Circular just west of Kilburn?) and 'Big Bad Wolf' somehow don't ring true to these ears.

On the positive side, you can almost imagine these songs working quite well in the context of a dingy basement club. As a record however, and therefore a documented artefact of the artist's career, Love On The Rails seems out of both time and place and would probably been better left in the confines of the rehearsal room. Avoid.