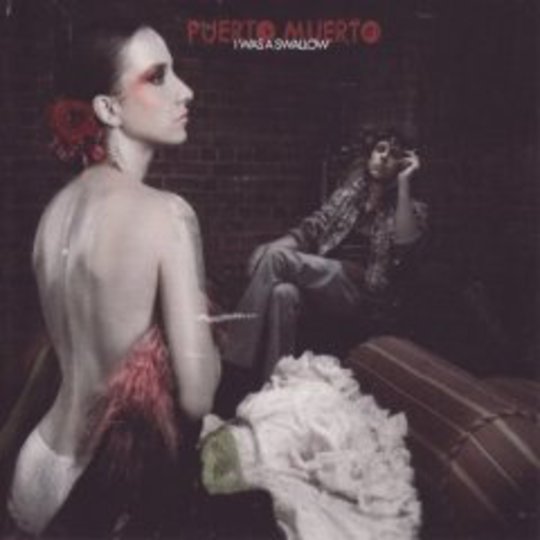 The fourth album from the now-Chicagoans Puerto Muerto opens with a casually strummed guitar, drenched in an alt-country/Americana twang and genetically modified to transport the listener directly into the realm of the murder ballad. Christa Meyer approaches the mic and breathily purrs “When I see the starlight I will know who I am… / When darkness is all I see I will know who I am”, like a statement of intent – as if this far into her career she’s finally finding her voice. It’s rousing stuff, and even though Tim Kelley’s the one playing guitar it conjures up images of Meyer sitting alone in a room after some heart-breaking event, softly reminding herself to stay strong.

The second track opens again with the same guitar, again with Meyer breathing her lovelorn lyrics. “Oh my baby’s gone now, gone now… / So alone and blue, I don’t know what to do”. Yes, she’s alone – but still strong. Message received. Even when Kelley adds his vocals into the mix on Gone (sample lyric: “Gonna wish you were gone, gone, gone gone away / Got no home to go to”) the problem remains – the first time you hear one of their tales of [insert theme here. Choose from: loneliness / betrayal / love] it’s almost beguiling, such is their ability to instantly create an atmosphere and tone of darkness. But by the end of I Was A Swallow you’ve already struggled through ten of these turgid lumps and as for repeat listening? No thanks.

The uniformity of sound throughout the album is one of its major downfalls. There’s nothing wrong with stripping everything back to the bare bones of a guitar and vocals – and a touch of percussion here and there – because it’s a technique as old as time (musically speaking, of course) and one that’s shown to bear fruit with impressive regularity. The problem with Puerto Muerto is that each one of their songs sounds exactly the same and so it becomes alarmingly easy to zone in and out of it over the course of 35 minutes without actually feeling like you’ve missed anything. The fact that all the songs seem to be about the same stuff hardly helps, either.