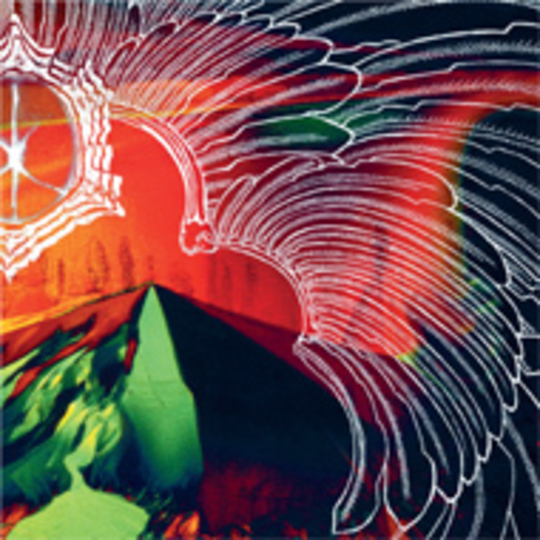 Despite essentially representing the lifeblood-slash-wider world trumpet call of Load Records, Lightning Bolt could also prove to be the Rhode Island label’s greatest curse. Very little else on the pioneering cult Providence imprint will give you goosebumps and tinnitus in quite the same manner; elsewhere, noise, and the more challenging the better, is ordinarily their modus operandi. It probably accounts for startled moments like this.

Accordingly, Sightings don’t do songs as such. They do brooding menace. For about two seconds. And then they do attacks. Disorientating, out-of-tune-yet-somehow-clinging-together barrages, circling, locust fashion, around your head until you conclude the only course of action is, Darren Aronofsky’s µ-style, breaking out a cordless drill for a spot of trepanning, as a final desperate attempt to stop the torture. Only on this, the Brooklyn trio’s sixth album, they’re almost relieving the pressure themselves. Could Through The Panama’s producer, Andrew WK (yep, the very same), have emitted an oddly calming effect?

Visually, Sightings approximate a Darwinist police line-up detailing the evolution of scientists into serial killers. Sonically, though ‘A Rest’ opens with all the friendly greeting of a garden rake across the face, there’s an expansive free (jazz?) folk drive in Mark Morgan’s vocals that suggests, while hardly mellowing, his charges may be resorting to more devious, rhythmically chanting means to blow your brain. ‘Debt Depths’ is ‘Street Fighting Man’ as sung by a stroke victim through the ears of a bends-crippled diver. In actual, rather than metaphorical, cover mode, Scott Walker’s ‘The Electrician’ is even creepily re-routed via a very different fuse-box. And as ‘Black Peter’ disappears, the impression of exiting hell’s own portent wind tunnel ringing clear, escape is close to an oppression-sidestepping exhalation. It’s a prolonged stalking followed by a brutal battering, instead of a never-ending all-out assault.

Through The Panama won’t so much grow on listeners as fester inside with cancerous intent. If the Liars’ ceaseless evolution has left you pining for more Drum’s Not Dead-era magic, Sightings could present salvation. But don’t sue Black & Decker should any multicoloured Lighting Bolt-style expectations crumble under a hundredweight of looping mechanisms and coal-black intentions doused in whiteface.