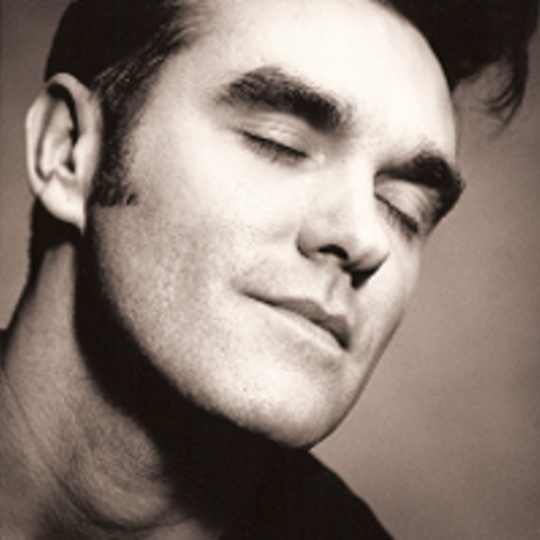 So, yet another Morrissey Greatest Hits to add to the pile. However, of them all this release offers as little, by way of education, to the casual admirer (if such a thing exists) as it does the dedicated Morrissey devotee. The tracklisting is devised, literally, from his greatest hits, with each song placing within the top 20 singles chart upon its original release. So four tracks are taken from 2006’s Ringleader Of The Tormentors, four from You Are The Quarry, two from Viva Hate, two new tracks, one from Bona Drag, one from Vauxhall and I and one from Live at Earls Court. Whilst this content is all very pleasant, the result is more a concise précis of the past four years, due to his recent resurgence in popularity, than it is of a solo career spanning 20 years.

This single disc release appears to be new label Decca’s attempt to appeal to newer fans, in addition to exploiting a fiercely dedicated fan base, at a time where Morrissey is, arguably, as publicly popular as he has ever been. The decision for it to be made from purely commercial single sales means it naturally omits many of Morrissey’s earlier key moments, including ‘November Spawned A Monster’ and ‘The National Front Disco’ to name just two, which can be found on other ‘Best Ofs’.

The two new tracks featured may offer a potential hint toward the direction of the new album, slated for an autumn release, but if they do, it won’t exactly be eye watering. Both tracks, while giving those laying cold turkey in their icy winter beds a quick but empty ‘hit’, will do little to set the chart alight. ‘That’s How People Grow Up’ thunders through with a strong pop hook similar in its manner to ‘I Just Want To See The Boy Happy’, but lacks the finesse and sparkle of the man’s greatest works. The bass heavy ‘All You Need Is Me’ just clatters through like a drunken skinhead in an antique china shop, arms flailing franticly. However, Morrissey is the sort of artist that thrives when faced with adversity. Down in the ditch without financial backing in 2004 he released the make or break You Are The Quarry album, one of his strongest to date. Back in 1994 the tender and funereal Vauxhall And I put paid to a series of personal losses. Hopefully these new tracks are just the excess throwaway currency one tosses toward a subway busker on the way back to the airport, the real folding money unveiled for us all to see come the autumn.

If you don’t already own the last two releases and are seeking a potted history of the past four years this one may be for you. If you are one of those pedantic Morrissey collectors, a limited two-disc live version is available for you. But, if you are neither then do yourself a favour - find out for yourself why Morrissey is the most unique and talented singer-songwriter ever to come out of Britain and buy Bona Drag, Vauxhall and I or Your Arsenal.