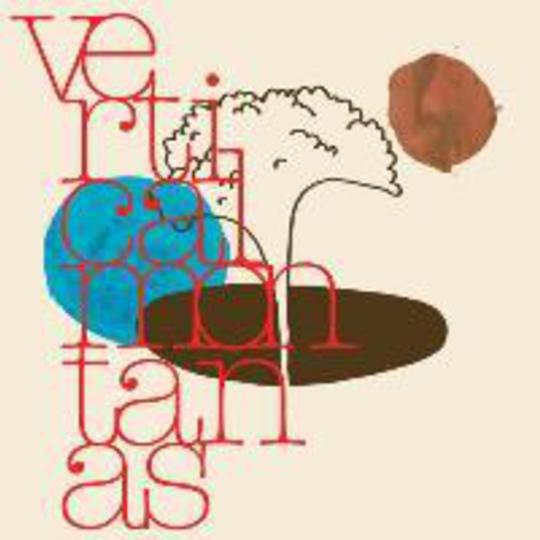 The back story (in case you missed it here): Vertical Montanas is the collaborative venture of Youthmovies and Jonquil. This seven-inch was initially meant to be a straightforward Youthmovies release; then, the idea of a split with Jonquil was mooted. As sessions progressed it became apparent that a fully consolidated venture was the right way forward.

So what’s that offer us, then? Two drummers, three guitarists, individuals on trumpet, violin, piano and flute; plus vocals familiar and not so. The music’s in keeping with both separate projects, as you’d expect – comparatively complex when placed against the week’s other single releases for sure, but hardly stretching beyond any comfort zone given the baby-step nature of this limited-run release. It’s indie-rock for prog-bods, folk for those wanting more meat than bare bones. Guitar lines wander, amble, intersect. The drums have a jazz feel to them – loose, relaxed, but propulsive when urgency’s alerted. The closing “shoo-bee-doo-wah” vocals of ‘Of Scramblers…’ are a little too ‘afterthought’, perhaps, but much else here feels fully-formed and sound of composition.

For fans of both absolutely, fair-weather followers possibly not, Vertical Montanas’ debut is a luxuriously packaged seven to treasure for its intent and ambition, even if the end result isn’t the match of either band’s exploits on their own.