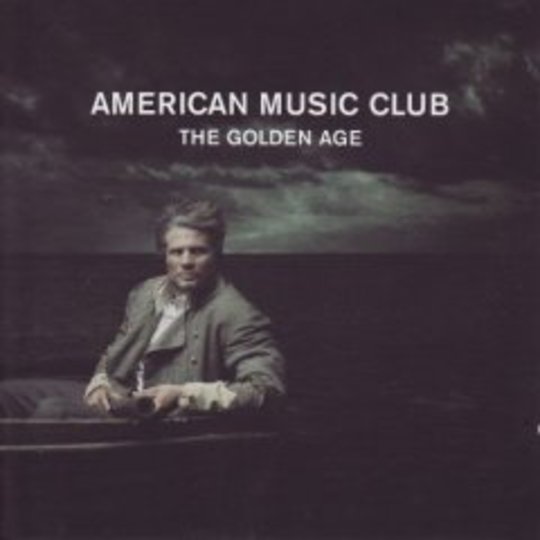 A new release by American Music Club, or a solo outing from their writer and inspiration Mark Eitzel, is always an event, not least as there's often a hint that it may be their last. Since their San Francisco inception in 1982, there have been band member fall outs, disenchantment with managements, line-up shuffles, weak press campaigns, record company headaches and, to top them all, Eitzel's contrary wilfulness. But all that aside, the greatest expectation is the thrill of fresh explorations into Eitzel's mercurial, uncanny understanding of the frailties, joys and desperations of what it means to be alive and breathing.

The Golden Age is AMC's latest triumph of the will. It is a mature adventure full of beauty, thrills and devastatingly acute lyrical insight from Eitzel, the finest proponent there is. How so? 'Windows On The World' is an excellent place to start.

We have a sprawling, spoilt-kid boorish Eitzel recanting a night out with real life mate Kid (Congo Powers, a one-time Bad Seed) in a New York rooftop bar. He's behaving awfully, they "did drugs in the toilets", and he's throwing his tourist weight around trying his best to irritate the barmaid. The bar in question just happens to have been atop the first tower of the ill-fated World Trade Center and without fanfare or clumsy, oh so clever analogy, Eitzel just happens to be a personification of America. What is so particularly brilliant about this song is that if you want to hear it as an asshole's night out, then it works; but if you want to read it as some kind of prophetic explanation of why the world hates America, then that too is available. The genius lies in the honest ambiguity.

Having more than justified their return to action in 2004 with Love Songs For Patriots, any hint of kitchen aprons being tugged or nervous attention-seeking waves have been dispensed with. Whether they do, or whether they do not have our full attention this time, AMC simply exude. A rich, almost peaceful confidence connects all the parts, with the majority of songs being calm and un-declamatory but all have a thinly veiled intensity and drama about them, especially in Vudi's less than normally calamitous guitar licks. His work is more a cradle for expansive arrangement and to help the new boys, Sean Hoffman and Steve Didelot (who replace bassist Danny Pearson and drummer Tim Mooney respectively) to settle into their rhythm section support work. The arrangements are lush and comfortable without ranging into sickly tweeness, even though luxurious vocal harmonies make an appearance for the first time. This is quite a departure from the usual two-part sharings of Eitzel and Pearson. Not sugary enough to suggest Beach Boys, the stately contributions added to 'The Stars', 'All The Lost Souls Welcome You To San Francisco' and the earlier mentioned 'Windows...' are their own weapons of emotional disintegration and their sparing use in _'One Step Ahead' is intoxicating enough to elicit gasps from a beating breast and prick tears from the eye.

Pre-release excitement hinted that The Golden Age might be a self-contented return in style to two of the band's most revered albums, Everclear from 1991 and Mercury that followed a couple of years later. While some of the songs, such as 'Sleeping Beauty', would not be out of place amongst the canon, it's reassuring to learn that Eitzel has continued to press forward, refining his devastating songwriting skills. He has lost little of his original verve, still the awkward cuss he ever was, so while the quality and beauty of _The Golden Age can stand confidently beside those two classics, it stands alone as another distinct chapter in the life of this band, precious to those who know them.