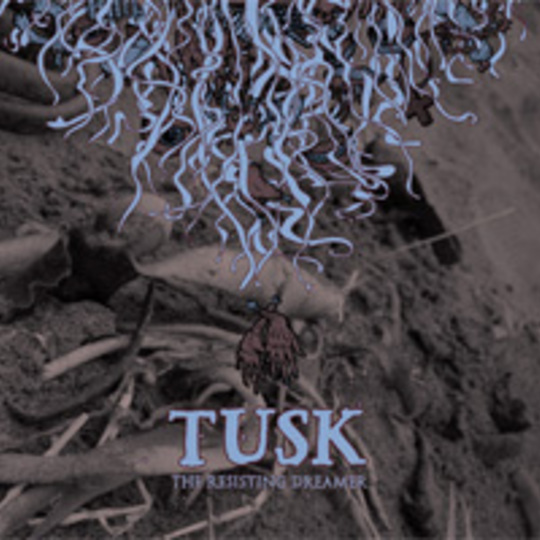 Forget City Of Echoes. G’wan, it’s okay. I did almost as soon as I heard it. Try as I did to give it time, to afford it my attention for a prolonged period of time, Pelican’s last long-player failed to click quite like their album before it, The Fire In Our Throats Will Beckon The Thaw (and that wasn't especially riveting). Then _it_ clicked – this instrumental rock, dynamic though it is, is missing something essential to lock me into its deep grooves and pounding riffs. Vocals.

For Tusk’s latest, Trevor de Brauw, Larry Herweg, and Laurent Lebec (a.k.a. 75 per cent of Pelican) have roped in a pair of vocalists to guide one track to a four-chaptered climax, namely Evan Patterson (formerly of Breather Resist, presently Young Widows) and Kayo Dot’s Toby Driver. The Resisting Dreamer is an album that grinds and writhes, that lashes out at the listener dare they lean in too close; it’s an album that, unlike Pelican’s last, sounds truly dangerous, aggressive beyond precedent and echoing a menace that never physically manifests. But it’s always there, on your shoulder, in your blind spot. For nearly 40 minutes.

‘Cold Twisted Aisle’, two of four, is when things peak at their terrorising zenith, Driver rasping with a potent evilness evident in his delivery; beneath him, drums are slo-core bludgeoned, Manatees-style (fans of the Carlisle-based sludge-metal trio yet to experience Tusk need to make this their very next purchase). It’s dramatic, bombastic, arresting. And not a little unsettling.

The concluding ‘The Lewdness And Frenzy Of Surrender’, instrumental throughout, finds Tusk adopt Kraut-tinged lines of repetition to drive their assault home; that it flows seamlessly from everything before it lends the final ‘track’ – remember, this is very much a single piece of continuous music – a real air of significance, of finality. It’s incessant – thud, pound, thud, thwack. Repeat ‘til fade. Only when the end comes its sweetly-stinging drones can’t linger long enough, as fourteen ticks to fifteen ticks to sixteen. Clock stopped, time to rock around it one more time.

Which is precisely the impression City Of Echoes failed to leave, leading this critic to suggest Pelican take heed of the exploits of their most prominent side-project when blueprinting their next instrumental behemoth. Because this, frankly, is a considerably better LP than the Chicago quartet’s last two.