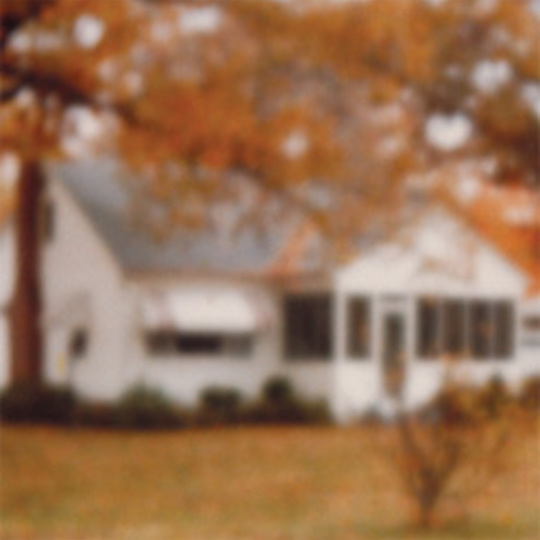 While it can’t be regarded as the finest album in their extensive catalogue – that honour may, in hindsight, go to 1999’s ferocious The Unanimous Hour – second LP Rainbows From Atoms nevertheless marked the moment when Baltimore’s Lungfish reached out and touched a good many more hearts and minds. The year of its original release – 1993 – tied in perfectly with the boom enjoyed by American punk and grunge; British ears were desperate for new sounds, and although they’d been an operational unit since 1988, the Daniel Higgs-fronted four-piece would only now enjoy the attentions of individuals well beyond their peer and scene groups.

Being signed to Dischord didn’t harm the band’s relative fortunes any. Outsiders on a DC-dominated label, they were marked out as exceptions to a rule never truly enforced, but the stuff of myth nonetheless; thus, a certain mystique hung over them, and this indefinable aurora of uniqueness was bolstered by Higgs finding his conceptual feet quite brilliantly. ‘Creation Story’, falling in the middle of proceedings here, is a song that comprises a solid foundation for the frontman’s reputation as a lyrical force of nature. Lungfish came to a community from outside of it, their stuttering guitar lines in perfect synch with what Ian MacKaye and company were hearing in the capital. Listening now, Rainbows From Atoms is predictably dated in terms of production, but its spirit hasn’t dulled any – this is the sound of a band shaking off the shackles of reservation, and confronting their ability head on.

The best songs are still the quick-fixes - ‘Axiomatic’, 'You Might Ask Me What' and ‘Mother Made Me’, for example. Hearing them again, you can trace a line from this album right through to the comparatively modern day writhing – raw, but focussed – of Lovvers, Wives, Wires On Fire, Ten Grand et cetera, post-millennium bands that’ve been and gone, or continue to be, who quite evidently take (or borrowed) a cue or two from these masters of power-through-restraint tension building, whose work was left to explode at instances unpredictable. But there’s not a bad song on Rainbows From Atoms, really; granted it’s not the match of the band’s third, Pass & Stow, or their aforementioned (and unexpected at the time) zenith, but outside of the context of such fine company this is an album that, even so long after its initial release, buzzes with life, ambition, heart.

If you missed it first time around, and you’ve some experience of Lungfish already, now’s the time to let this remastered record into your collection.