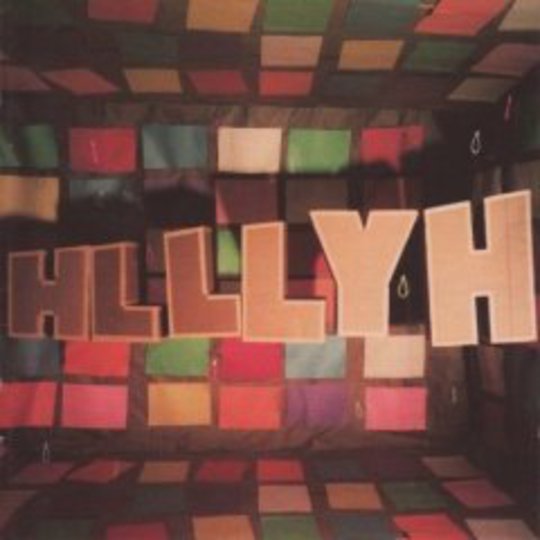 The Mae Shi have every piece of the puzzle but insist on forcing sections into misshapen spaces, creating a collage of muddled imagery in an awkward form. This is what listening to HLLLYH feels like – looking over the shoulder of some kid going his own way with a quite regimented structure, messing with the format to construct something that’s singularly bizarre but, oddly, no less beautiful for its acquired-taste ‘good’ looks.

The Los Angeles outfit have rarely, if ever, walked a line well-trodden though; previous LPs may have toyed with conventional hardcore, post or otherwise, structures, but songs were never fully committed; attentions were flitting at best, and while some will read this as an indication of a misfiring focus, others will embrace the group for what they are: individuals with maverick tendencies, whose collective end-products rarely engage as mere imitations of peer-level acts.

That HLLLYH does, a little, is probably an indication that the band want to now be taking steps towards a wider audience, a move telegraphed by Moshi Moshi’s involvement in this, their first album to receive a proper UK release. There are echoes of The Blood Brothers and Les Savy Fav here, spread across tracks that fluctuate between crunching riffs and 8-bit FX. And these touchstones lend an essential air of familiarly to proceedings, hooks to hang to when the album spirals out of any sensible control. While ‘Pwnd’ and lead single ‘Run To Your Grave’ dispense hyperactivity in measured doses, never alienating the listener through sheer out-there-ness, the synth-propelled ‘Leech And Locust’ does a great job of ditching the immediacy for something a lot more sinister. Layers build, a vocal shrieks – the skin tingles and the mouth drops agape, drying instantly.

‘Kingdom Come’, meanwhile, is an absolute blindsider. Beginning as an instrumental reprise of the album’s sole single to date, it mutates over eleven minutes into what odd-toothed Ben Sherman-shirted oiks might consider a ‘tune’ (‘choon’?). Hands in the air like they just don’t care, et cetera, only with a brutal pulse that squelches like bovver boots in the softest of skulls. By the time vocals pitch into the mix, squeaking like ‘Atlas’ histrionics, you’ll either be in another state of consciousness or, more likely, a passed-out wreck on the deck, sweating out the last of your adrenaline as the milk floats do their rounds.

The bliss-out comedown arrives swiftly, with ‘I Get Almost Everything’ building to a euphoric cacophony, strong enough to carry any fallen soldier home to the album’s eventual climax, the acoustic strum and hand-clap-happy oddity of ‘Divine Harvest’. The song ends with laughter, instruments clattered, dropped onto the floor, spirits high and rising (and probably being downed all over again). It’s as if we’ve come full circle, from the ADHD keys of ‘Lamb And The Lion’ through to another sunrise full of wicked potential.

Those same ol’ storm clouds roll on in, we clink and slurp, and party all over again, the puzzle pieces long since brushed from tabletops, their fate to be scattered across floors stained with the excesses of a dozen evenings past. Trampled, trashed, forgotten: rules are there for breaking, and The Mae Shi aren’t quitting their rioting any time soon.