Some Things Just Stick In Your Mind 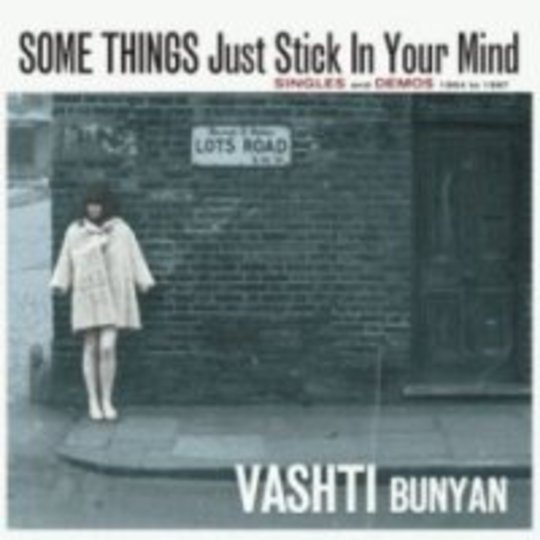 It's a difficult thing to evaluate the music of, essentially, a museum piece artist. Vashti Bunyan's hibernation and subsequent rediscovery has been one of the more compelling in recent alt-folk, err, folklore, but there's always a danger that any newly recorded material will be both indebted to any previous work and inferior to any modern contemporaries. So it's Brian Wilson versus the Stones, then. And speaking of the Stones, Bunyan's latest (re-released) single, 'Some Things Just Stick In Your Mind', was in fact penned by Mick Jagger and Keith Richards. Funny, that, innit?

This reissue of the then-unnoticed 1965 single may not have much bearing on Vashti Bunyan's status and quality now, save for a direct comparison point betwixt old and new. It's a bouncy, unpretentious affair so optimistic that it's difficult to couple it with the gravitas everyone seems to lump her with. Any sadness within the lyrics is dashed off by the breezy arrangements and delivery, rendering the whole thing memorably throwaway. There's not a great deal this single can do to advance awareness (unless any car manufacturers require an advert soundtrack), but that doesn't stop it being a curious gem of a recording.