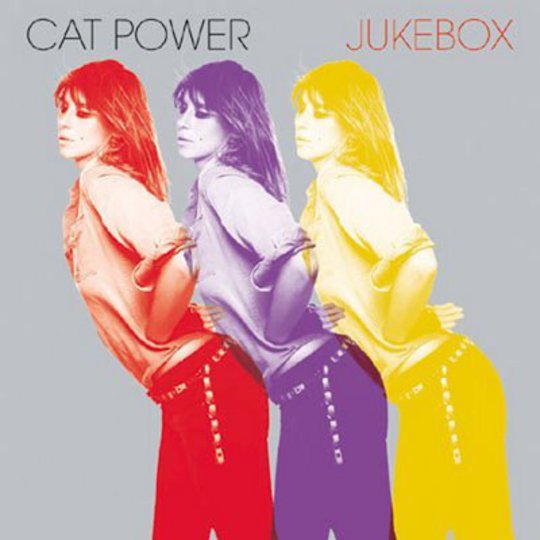 Anyone who's ever attended a wedding / New Year celebration / birthday party / Bar mitzvah will have probably stood in a circle kicking their aunt’s shins while singing along to Sinatra’s version of ‘(Theme From) New York, New York’. It’s testament to Chan Marshall’s absorption of the song, which opens Cat Power’s second long-player of cover versions, that it’s impossible to recognise until _ “Start spreading the news…”_ trickles in.

Marshall’s last record The Greatest, her seventh, elevated the 35-year-old Georgian to the attention of the record-buying public, if not quite star status. A heartbreakingly soulful piece, the Shortlist prize-winner was released as Marshall was in hospital recovering from depression and alcoholism – something that made the melancholy baked into the seams of the record taste all the more bittersweet.

Still, a cancelled tour, several of her songs appearing in adverts and a Brit nomination later, Power returns to our stereos with Jukebox – see what she’s done there, et cetera, and so on.

Replacing The Greatest’s Memphis Rhythm Band – which included Al Green’s guitarist Teenie Hodges – for the record’s instrumentation is the Dirty Delta Blues Band, which includes Dirty Three’s Jim White, the Blues Explosion’s Judah Bauer and Delta 72’s Gregg Forman. See what they did there, et cetera, and so on. Although the personnel have changed, the sound of this record hasn't shifted exponentially from its predecessor.

An interesting facet of Cat Power’s career so far is that she remains a darling of Serious Music Fans and hasn’t crossed over to the critical/dinner party mass appeal of a Nora Jones or Amy Winehouse. That’s not a diss, far from it – it’s just odd that Marshall’s very accessible, soulful sound hasn’t shoved her into the supermarket demographics. The Winehouse precedent suggests that her own personal battles ought not to be a handicap to this, but maybe mega fame isn't something Marshall needs right now.

Jukebox is an unsurprising album. It sounds exactly how you’d expect – classic, but not overly well known, songs, like Dylan’s ‘I Believe In You’, squeezed by the Cat Power sound into tracks that sound like they could feature on The Greatest. At some points the jacket is a little too tight, and you’d like the songs to come out by themselves a bit more. Witness Chan’s cover of ‘Stuck Inside Of Mobile With The Memphis Blues Again’ from the soundtrack to Todd Haynes’s Dylan Movie, I’m Not There – it mixes the original’s exuberance with Marshall’s cloudy vocals, and is all the better for it.

The last track of the album, the title track from Joni Mitchell’s magnum opus Blue, suggests the true nature of this record and, in fact, all cover albums: catharsis. After coming out the other side of The Greatest sober, and a bigger star than ever, having the pressure of having to write another ten songs removed was probably the best thing for Marshall when recording Jukebox. “Crown and anchor me, or let me sail away,” wrote Mitchell. It seems Chan’s had enough of drifting.