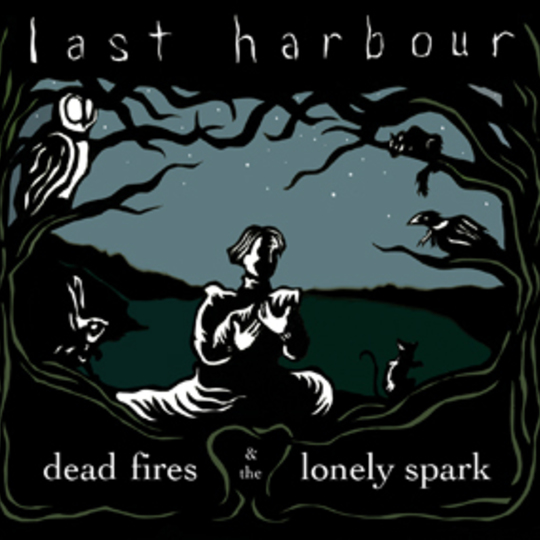 You’ve got to hand it to Last Harbour - they’re not ones to be shoved around by the oppressive weight of modernity. Previous efforts from the Manchester-based ensemble have been shrouded in a dark mist of nocturnal austerity that bears no resemblance to the effects-impaired production of today’s musical landscape. And in the release of third long-player Dead Fires & The Lonely Spark, the septet’s maudlin orchestration and eerie soul-searching shows little sign of succumbing to the shackles of progress.

Recorded in analogue under the watchful gaze of one-time Spacemen 3 collaborator Richard Formby, this brooding, air-tight affair is as mournful as the opaque title suggests and just as difficult to revel in. The antiquated assembly should underscore the band’s gloomy atmospherics but when excavating this nine-track chamber of retrospection it becomes increasingly apparent that, for all the romanticised idealism, the execution is too often stunted and underwhelming; like the snarl of a rabid, blood-hungry hound skewed into a whimper by the duteous restraints of both muzzle and leash.

The band's coagulation of earthy instrumentation and brusque gothic lyricism bridges the gap between Nick Cave’s biblically driven parables and the more inertia-fraught lounging of The Tindersticks - however the results rarely scale beyond the treetops of either’s towering peaks. Frontman Kevin Craig’s baritonal pleas equip ‘No-One Ever Said’ and ‘Broken Nails’ with a menacing sense of engagement, etched in betrayal and distrust, yet rather than dramatising his sullen strains with a discordant melodic assault the linear wreaths of string, strum and percussion fail to entwine as one, appearing disjointed and aimless in direction.

But once Dead Fires & The Lonely Spark unlocks from such shackles, it unearths a bewitching panorama of dawn-rising rhythms drenched in melancholy. Tracks like ‘The Revenger’s Waltz’ and ‘Science Song’ are gargantuan, bombastic throbs that leave temples reeling in a gruesome storm of vehement symbol crashes, while _‘The Accident’'s intrepid juxtaposition of swooping violins and weeping keys escalates as an exhilarating crescendo in which Craig recites his lung-busting proclamations with the velocity of a devout street-preacher.

When strewn across ‘Out Back’’s playful banjo plucks, Gina Murphy’s sultry purr provides a welcome interlude to the record’s macabre complexion, but not even her wilful mew can resuscitate ‘The Further Field’’s stone-dead dreariness. A sombrely lit psalm that stagnates in a pool of slumping keys and muffled drumming, it epitomises a record bristling with promise but lacking the consistency to truly invigorate. They may not respond well to the forceful advances of progress but unless the world starts to regress you get the impression Last Harbour will finally have to embrace the modern age.

Allow It To Come On

Some Things Just Stick In Your Mind