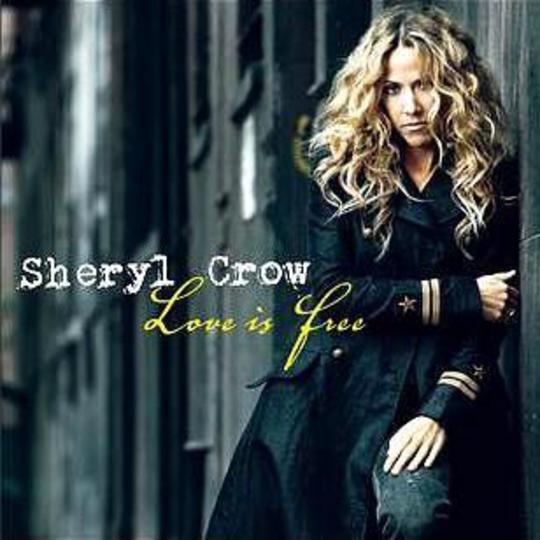 With *Sheryl Crow *all set to embark upon a new album campaign, this is the question that’s undoubtedly been on all of our lips for the past couple of months: “Is Sheryl progressing or regressing?” Well, there are a couple of different ways of looking at this…

A year ago now, Sheryl was busily embracing the future-gazing eco-warrior inside her and had set about fashioning a ‘dining sleeve’ – an ingenious way of saving paper napkins by inviting the diner to wipe his or her breadcrumb–encrusted mouth on a handy detachable sleeve.

Just like your two-year-old kid who really knows no better, which leads me onto her next crusade…

The apparent nut-job also reckons that one piece of bog roll is needed per visit. Two or three for a more significant wiping job, of course. Luckily we won’t listen to either her or her brother, who reckons you can probably just wash that bog roll and use it again.

This increased sense of social responsibility is reflected in her latest single._ ‘Love Is Free’_ is all about the people of New Orleans and their post-Katrina plight.

It’s a straightforward, jangly pop ditty that picks up pretty much where the laidback surf-rock of her last big solo single,_ ‘Soak Up The Sun’_ from 2002, left off. Mean nothing to you? Think a rootsier_ ‘All I Wanna Do’ _giving a nod to the ‘70s, with the guitars unplugged, shoulders slackened and the tempo slowed.

As always is the way with a Crow song, no matter how concerted your efforts, this song will snatch a part of your unwitting, easily-led brain so that you’re infuriated with the stupid chorus all bloody day.

“Oh, oh, everybody's making love, ‘cause love is free… Everybody come together.”

Oh… oh… fuck off, even if you are making an abundance of salient points about the signs of desperation found when societies today are plunged into unexpected and unfamiliar hardship, struck against a bunch of melodies that are as strikingly natural as they are disgustingly annoying.

Mummy says _No_ and would probably smack her (probably still a little bit pooey) 46-year-old bum for insisting that any of the above were good ideas.

Progress? Regress? We’re not sure which way anybody’s going but there is a middle-aged woman floundering uncontrollably in a syrupy musical mess with just some worldly views that we suspect she hasn’t fully thought through to clutch on to.