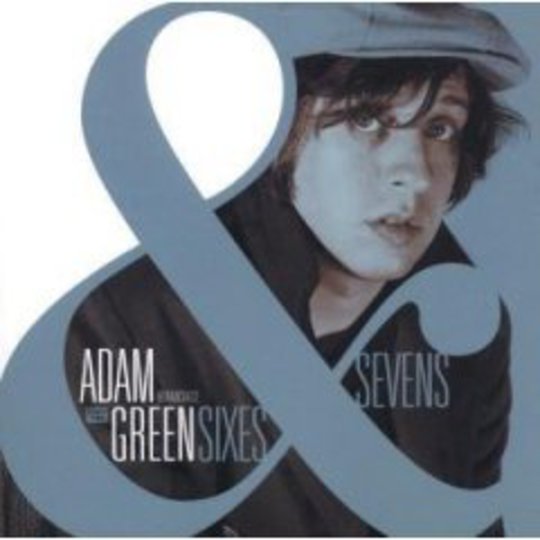 In a recent interview with DiS,* Adam Green *brushed aside any criticism that including 20 songs on his new album_ Sixes & Sevens could prove difficult to swallow by explaining: “It’s only 48 minutes. It shouldn’t be a problem – people will just listen to things on shuffle – I get the feeling that’s what people already do.” _

Turns out the shaggy New Yorker has a point. Subjecting yourself to all 20 songs on Sixes & Sevens in one-go is a muddled proposition. Lacking a unifying theme or style, the only constant is the baritone crooner shtick Green’s been developing since parting ways with Kimya Dawson, his one-time fellow Moldy Peach.

Set your music player of choice to shuffle though, and songs like_ ‘Tropical Island’_ – which finds Green doing his best Jonathan Richman performing the Burt Bacharach songbook – come to life when left to fend for themselves amidst a sea of other artists. As the man himself says: “I’m always ensuring my songs hold up as songs, not as part of the thematic construction of an album; that they can remain separate and that’s important to me too.”

Little wonder then that the US chart-topping _Juno _soundtrack proved to be such a success for him and Dawson. Their nursery-rhyme concoctions and solo endeavours have always made more sense when absorbed in small doses - making them tailor-made for the schizo-nature of modern day movie soundtracks.

Does this mean Green’s suffering from a severe case of album-phobia? Possibly, but the man’s continued presence reflects the fact that he’s always been more pop-culture polyglot than singular visionary; and it shows on Sixes & Sevens. Well versed in music history past and present, Green jumps from style to style, with lead single ‘Morning After Midnight’ laying the Al Green on thick before_ ‘Getting Led’ _breaks out a dash of Leonard Cohen doing straight-up gospel.

It’s only on_ ‘Drowning Head First’ _that Green allows us a glimpse of the young man we first met on the Peaches’ debut. Ditching his occasionally tongue-in-cheek pretensions, Green gently plucks out a tin-pan-alley melody on his acoustic, before his naked vocals are answered by girlfriend Loribeth Capella for a highlight that’s as much Sinatra and Hazlewood as it is Green and Dawson in their Peaches heyday.

_ Sixes & Sevens _might be a drawn-out mess, but break it down to its constituent parts and you suddenly have rich pickings for the perfect mix-tape. In some ways, that’s possibly the biggest compliment any modern artist could ever hope to receive.