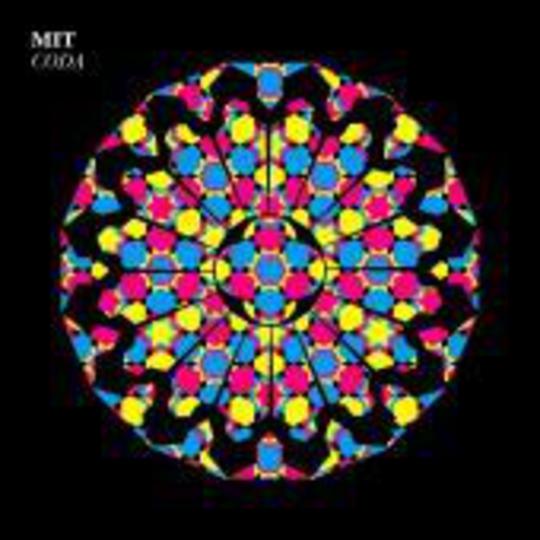 British Sea Power asked us recently whether we liked rock music, and obviously the answer was to the affirmative, but it's Berlin-based trio MIT’s oeuvre that das kids seem to be most down with at present: namely an electro-tinged dance-punk hybrid as peddled by the likes of !!! and Holy Fuck.

Because for every music fan revelling in the current spate of Jesus & Mary Chain and My Bloody Valentine copyists, there are an equal number making room in their collections for those inspired more by the likes of Kraftwerk and NEU! - and, of course, the originals themselves. Germany's heritage in that respect is an enviable one, and it's to this legacy of synthesisers and rhythmic, robotic beats that MIT look for inspiration.

Opener 'Beispeil' offers a teaser, building up a steady beat before dropping in additional, tribal-sounding percussion, and climaxing at around the five-minute mark with a particularly impassioned vocal from Edi Danartono Winarni. It is - dare we say it - progressive, but rest assured, this is a band who always deliver a fix, even if it's not an immediate high.

As an aside, if you're the kind of person put off by films with subtitles you might find MIT's propensity for singing in their native tongue a little offputting - but that would be more than churlish when confronted by a record purpose-built for moving rather than thinking.

That's not to say it isn't a clever record. Minimal though it is (there's a real sense of space between the sounds), there's clearly a lot of thought behind the layering of tones and textures. But not too much, because MIT are always ready to ramp things up a notch when the mood takes.

'Rauch' and 'Genau Au Diesem Abend' - dictionary, anyone? - are obvious dancefloor staples, with the latter's low-frequency assault particularly intrusive (in a good way), while 'Kleur' offers a haunting ambient-drone at the record's mid-point to prove there's more on offer here than pounding, pounding dance music.

And at a base (or, indeed, bass) level, though, that's what Coda offers in spades. Hear any of these songs in a club and lose your mind, simple as. Delve deeper, though, and that's plenty more to find - not least a host of 'must DiScover' influences. Either way, this is an eminently palatable debut LP.