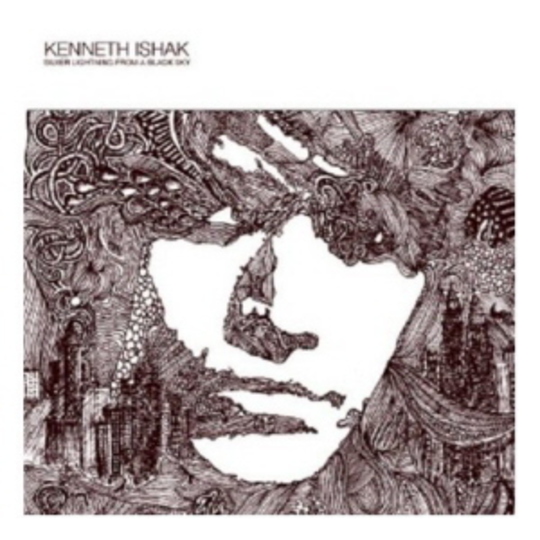 When I first typed the title of this record into my word processor, I misspelt the first word and wrote 'sliver'. On reflection, that would be a more accurate title because this isn't an album that ever really strikes you with the force of its conviction, as the original phrase implies. It's more of a slow-burner (read: dull affair) than that.

So, too, Kenneth Ishak as a solo artist. At least in this country: he's been making music with a Norwegian band called Beezewax for the past ten years (nope, me neither), and this is actually his third outing sans band. The other two were low-key releases in his home country, and this latest effort has also been available there for a while - earning him a Grammy nomination for 'Best Male', no less - and breached the top 40.

Nick Drake, Sonic Youth and Yann Tiersen are listed as reference points on Ishak's MySpace, but you'll struggle to find traces of the latter two here. He might be a massive fan of Thurston and co. - and why not? - but there's nothing approaching that level of inventive, artful innovation here. That's right: back story over, time to stick the knife in - sorry, Kenneth.

Silver Lightning From A Black Sky is, for the most part, another in a long line of records by musicians who've succumbed to the charms of pedal-steel and wide-brimmed hats. That's right, we're in Americana country. Again. Ishak wants to be Conor Oberst. He wants to be Jeff Tweedy. He probably wants to be Ryan Adams too. But he isn't, and the majority of the songs he delivers on this record wouldn't even make it onto an Adams C-sides collection - and, for a man legendary for a lack of quality control, that's quite a put-down.

'Hell' is one of the few exceptions, driven forward by an insistent guitar and Ishak sounding, finally, like he means business. It's a pity the five songs preceding it conjure up images of a wet dog rather than the devil. Elsewhere, he rediscovers his testicles on 'SOS'' bitter finale before promptly losing them again on Drake pastiche 'Bright Time'. Don't get me wrong, I can dig downbeat but it's got to be seriously affecting. This isn't.

Maybe I'm just sick of albums in the style of Silver Lightning From A Black Sky. God knows there’re enough of them around at the moment. But, even in such an oversaturated market, there's always room at the inn for artists of true class. Sadly, on this evidence, Ishak's going to have to be left out in the cold.

Break Your Arm For Evolution