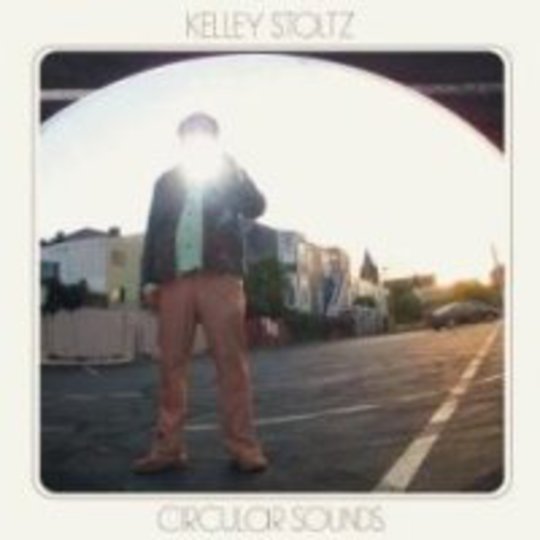 Kelley Stoltz is an artist entirely against the Here And Now grain – an underground-level singer-songwriter crafting genuinely delightful pop songs in a market where the fresh-faced and devilishly trendy are predominantly rewarded for their efforts with column inches. Some’ll find this refreshing, a musician evidently unconcerned with following fashions; others, perhaps including the man himself and Sub Pop, will sizzle with at least a little frustration. At 37 years old Stoltz is an oldie in what’s, maybe more now than ever, a young man’s game. Chances are his songs will never reach the wide audience they warrant.

Which is something of a shame given that the man’s latest LP proper, the follow-up to 2006’s highly regarded Below The Branches (my copy of which has gone walkabouts, annoyingly), is another masterpiece of charmingly understated and sunshine-blessed indie-pop songwriting. Although not a native of California, having moved there from New York in the ‘90s, it’s clear the state’s climate has an influence on the mood that’s run the course of San Francisco-based Stoltz’s previous LPs, and Circular Sounds _is no different: outside it might be heaving, but here, in the warm with a whiskey in one hand and the stereo remote in the other, all’s the height of summer. Unashamedly rooted in the classical pop sounds of the ‘60s and the west coast rock ‘n’ roll of the ‘70s, _Circular Sounds’ title seems reflective of its touchstones. This transparency is but another plus in what’s a very appealing package.

The jaunty ‘Your Reverie’ might already be familiar to those aware of Stoltz’s output, given it was issued as a single late last year, but the song’s gleeful skip isn’t wholly representative of a parent album that occasionally plumbs new depths of tenderness for its maker: while the delicate piano motifs of Below The Branches have largely been succeeded by greater guitar work, much of this long-player moves at a shuffle rather than a sprint, in the best possible sense. It’s easy going, unhurried, able to flow without distraction from the bluster kicked up by younger bucks rampaging their way into critical sights. With nods to The Kinks, Paul McCartney and Buffalo Springfield in terms of texture and tone, Circular Sounds is a mass-appeal album floating lonely in waters so rarely visited by tourists plentiful. Brilliantly, this means it’s easy to pick up, if you know where to look in the first place.

If only one in fifty people who own an LP by any of the aforementioned reference-point artists picked this up it’d be Stoltz’s biggest selling album by a landslide, one’d assume. I’d urge at least that one to do so, too, as while Circular Sounds isn’t quite the modern sound of the American west coast, it feels very much like the classic sound of California: a sound left blissfully alone by the stresses and rigours of a modernity forever on the move.