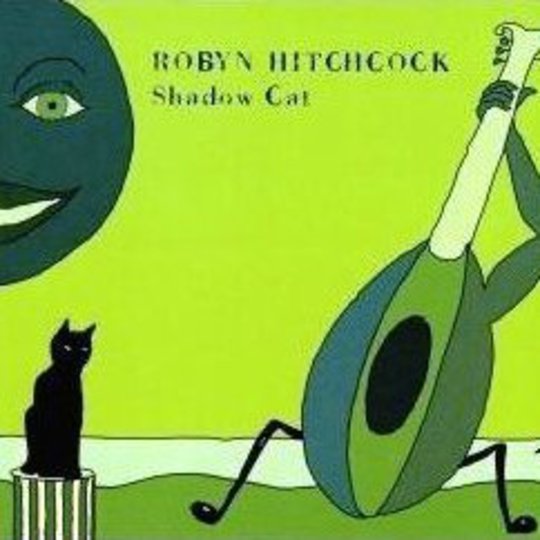 It may seem a little unfair to dismiss an album as too simplistic to engage fully, but Robyn Hitchcock's Shadow Cat LP suffers somewhat from this. A collection of the jobbing musician's (he has worked with members of REM in The Venus 3 and John Paul Jones, apparently) unreleased material from the ‘90s seems a somewhat flimsy excuse for a release also, bolstered by the subsequent flimsiness from some of the songs here. Some, happily, are nearly lovely, but too often we can see the blinkered reference points and back-slapping nature of musical gestation.

Overt boredom and formula sits uncomfortably next to considered and stylish works that, given exposure and consistency, could do wonders for appreciation of elders. But it's ultimately too much of an effort to uncover the diamonds in the thick, thick rough of this record, and to be that concerned with doing it is to have too empty a life. There are better things, frankly.

The woefully uninspired and Luke Haines-esque delivery of Hendrix's beleaguered Sunday morning classic 'The Wind Cries Mary' is utterly dull, but the vocoder wizardry of 'Because You're Over' is brilliantly executed and fully musical, as if Jeff Wayne's Martians had been listening to Will Oldham. The opening 'For Debbie Reynolds' is pure Milky Wimpshake breeze and impeccably quiffed rubbish done all backwards and wrong and stupid, but 'Nothing But Time' is carefully laboured and heartfelt balladry sung as if Nick Drake got to work early. It doesn't make a great deal of sense. Is this massive gulf in quality accidental? Does Hitchcock know what he's really doing? Can he even see the disparity between special and spoiled?

It's difficult to adequately judge Shadow Cat, thanks to its sporadic greatness/shoddiness. Most likely it's a symptom of such a temporally ranging collection, the equivalent of not emptying the fridge for a year and eating the long-life stuff last of all. In short, it's a mixed bag, and not entirely earth-shattering when you finally reach the eradiated strawberries. As it were. While some cuts are worthy and close to excellent, the inconsistency issue is too large to ignore. Chances are Robyn Hitchcock won't mind about any reactions to his record seeing as he'll be swanning around with The Venus 3 and John Paul Jones, which sadly renders Shadow Cat as a snapshot of a hobby.