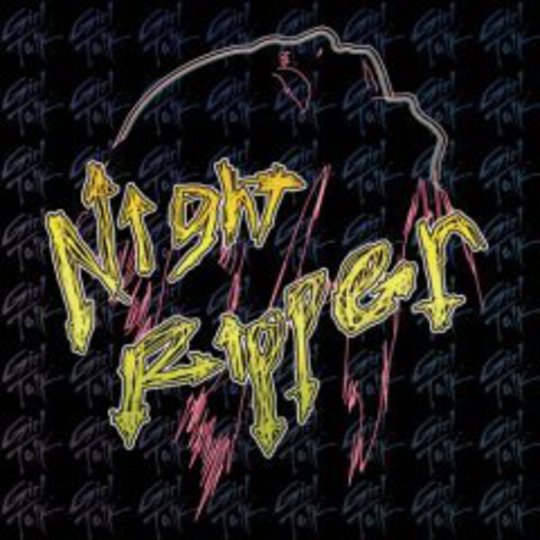 Now, resist the urge to skip to the end before reading what I’ve got to say, to qualify what lies beneath. Gregg Gillis, known to hedonists (indie-)dancing away the early hours at summer festivals and bunker clubs the world over as Girl Talk, is a master of mixtape mechanics; Night Ripper is his most popular compilation, of three to date, of snatched samples and broken beats, here earning an official UK release following slow-trickled distribution since 2006. It’s a lot of fun: pleasing nostalgia rippled through wickedly spat raps and borrowed riffs from all manner of ‘90s greats. There’s an immense satisfaction in hearing records you adored in your youth (depending on your age, granted) shoe-horned into tiny-wee gaps ‘tween crunching Nirvana samples and some Ludacris rhymes. But, ‘cause there’s always one...

Spin, about face: this isn’t a mixtape, but an Album Proper, or at least that’s how it’s being marketed, hence landing on DiS in the review section rather than us streaming it for your pleasure in another area of the site. Last year these senses spun wildly beside a Spanish beach as Gillis crafted an hour-long set from a billion bits ‘n’ pieces of records immediately recognisable but of occasionally questionable quality: not that this facet of the experience mattered, course, as tracks dance in and crash out over a matter of very few seconds. Perhaps it’s this spare deployment of constituent parts that has enabled Gillis to steer Girl Talk clear of menacing copyright lawyers? Whatever: live it doesn’t matter any, as chemicals shoot through pumping veins while Ciara courses into Phil Collins before mutating instantly into some potty-mouth verse ‘bout big-booty babes and the best way to position them… and smiles spread through the throng like zombie-bite bugs in a Danny Boyle flick.

Stripped of this context – individual-uniting melodies in an environment conductive to off-yr-tits celebration, a head-twisting ten-outta-ten fun time – Gillis’ material suffers from feeling too quick-fix, especially when assessed cold sober. In your earphones riding the capital’s underground network, it’s a stimulating listen. Once or twice, anyway, before the novelty tied tight to memory recollection tires. Beyond this, Night Ripper comes into its own at house parties: whack it on, nobody’s toying with your stereo for a solid 40 minutes. Got no friends? This’ll be collecting dust on the shelf before summer calls.

Conceptually, it’s a well-realised expression of one man’s abilities with a Logic-style computer program, but that leads to another foible: anyone, really, could crack this given a sufficient slice of invested time and attention, and the slightest sense of compositional know-how. Once the basics are mastered the showpiece flourishes come quickly, and as soon as the listener’s envisaged a screen grab of a dozen differently proportioned sample lines flowing right-to-left across a Mac monitor, well… the appeal lessens, rather. But wait: fun pop music ain’t meant to be rocket science shit, is it? Certainly nothing featured here is likely to test the grey matter, engaging instead with your lose-yourself pleasure centres and tap-away toe tips. Then why has Night Ripper already attracted considerable acclaim from the more actively intellectualised end of the music ‘zine spectrum? 8.4 from Pitchfork, all the stars from Tinymixtapes. Shouldn’t someone have told these reviewers to look up from their Spotters Guide To Mash-Ups tick-box booklet long enough to reason that, y’know, this ain’t a traditional album. In dictionary definition, yes; execution, entirely not.

It’s the compact disc capturing of an experience most listeners won’t have had; the third chapter in a series (that’s to continue later this year with what currently has a working title of Feed The Animals) of sample-driven mixes that’s a lot of fun for five minutes – or even 40-odd a couple of times a year – but nothing worth comparing to the truly great long-players of any year. Awarding Night Ripper an especially high score over the work of artists who’ve slaved over their own creative processes isn’t entirely on, as while there’s great skill evident throughout this record – Gillis doesn’t pluck his flashes of sound at random, and everything moves with a purposeful cohesiveness – it’s at a bedroom level. A few steps above the Garageband many, but for all of its clever quirks (one pick being the mixing of Chris Brown and The Waitresses; click the links if you need a little explanation) Night Ripper’s devoid of the longevity necessary to mark it out as a classic. Within its limited-scope genre it’s a success – Too Many DJs haven’t yet combined quite so many elements in their mixes to such enjoyable effect – but in the wider world: nah.

A positive to end on, to top that contestable rating: whether backed by boisterous beats or acerbic riffs, the well-employed Ludacris shines throughout here, in what’s just as much a delicious showcase of the rapper’s lyrical versatility as it is the plaudit-collecting potential zenith-point collection of its controlling architect’s career.