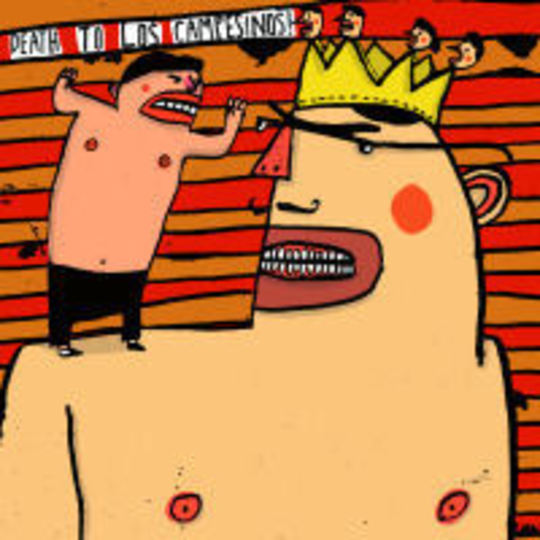 More sunshine jangling from the nation’s favourite gang of twindie-core students, ‘Death To Los Campesinos!’ is the final standalone single before said band reveal their debut album to the world. Well, to everyone who’s not already illegally downloaded it. Which includes about five per cent of you lot.

My greatest obstacle with Los Camp! is their knowingly smug lyricism: they’re very good at twisting language to suit their clever-clever conceptualism, which can border on the clunky and ill-fitting when assessed alongside music that rarely quickens the pulse, joyous though it most definitely is. Their sugar-rushes have proven addictive, but need consuming in steady doses. But this single’s perhaps their best yet – not the fans favourite by any means, but by far the least… what’s the word… cloying. That’ll do.

Small doses like this: yes please. The whole of _Hold On Now, Youngster…: I might just do a little sick in my mouth.

Get What You Want