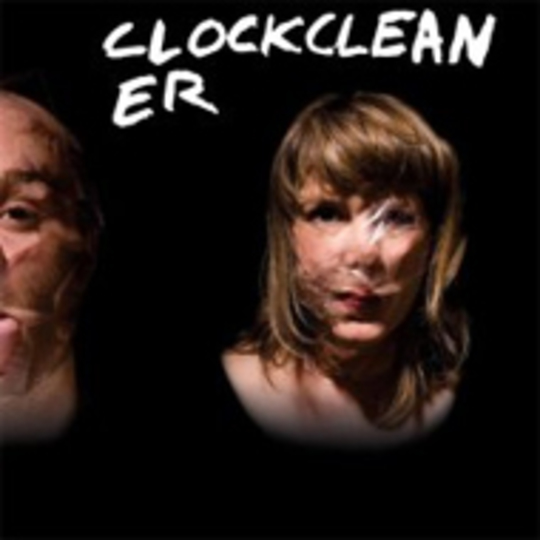 For a man who claims to have lost his virginity aged 14, Clockcleaner’s grandly named front bastard John A Sharkey III should probably by now have overcome his obsession with, in the simplest terms, ejaculating inside ladies.

But there it is, wiped over this, the Pennsylvania trio’s second LP, like so many cocks on curtains. There’s no avoiding said preoccupation from the off: ‘New In Town’ comes to a juddering conclusion with Sharkey hollering what appears to read “She said, ‘Don’t come inside me / No, don’t come inside me / I’m new in town / I’m new in town’”. It's a horrible, uneasy, brutal small town liaison; there are no real winners... perfect.

Musically, as in humour, Babylon Rules carries on where prime 1980s Steve Albini and the pig fuck sub-genre left off, skirting misogyny allegations with a wry grin and clunking through bass-led monster mashes that could put hip joints out of place. Only where you were reasonably sure most of what went before was severely tongue in cheek, with Clockcleaner’s no-wave nihilism you’re never totally convinced. ‘Skull Music’ is what they’ve christened it. Broken Skull Music comes closer.

And then, just when less grim mannerisms start to dominate (albeit clunking, in the best possible way, through song abortions referencing “taking it in the can”), Sharkey’s back with his bugbear. ‘Daddy Issues’ begins as a jauntily paced glass-smashing affair, nonchalantly approximating The Jesus Lizard taking The Cramps to the school mentioned on Nirvana’s howling seminal Bleach LP. But it all breaks down to leave Sharkey’s voice wavering: “My daddy’s been gone for seven years/I’ve been trying to get my girlfriend pregnant the whole damn time/She never lets me come inside her/So I just leave it across her smile”.

If Kurt Cobain were alive today, you suspect Clockcleaner would top his obscure good taste-testing favourites, even if Sharkey and co – who named their debut album Nevermind with withering intent – would never return the compliment.