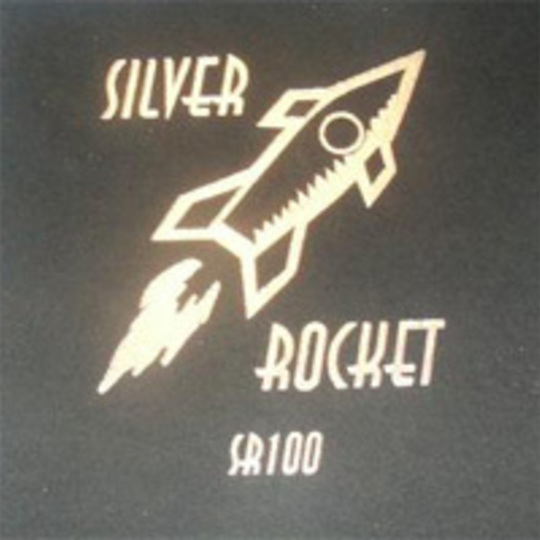 Released to mark its parent club’s hundredth show, SR100 is 72 tracks of this nation’s indie-rock lifeblood, assembled by Silver Rocket founders Andy and Rachel over three discs and packaged in an expensive-looking cardboard box. It is, ostensibly, a collector’s piece; memorabilia for Friday night dancers with blurry memories of live bands making a right royal racket. But, at its cheap price, it’s pretty much a must-buy for anyone remotely interested in Britain’s below-the-radar rock scene.

As with any compilation featuring wildly disparate acts, especially so many, quality control fluctuates throughout, but rarely is focus lost – the good intentions here are to highlight the complete unknowns amongst recognisable names, to provide a leg-up, however small, for those who’ve travelled many miles to play the Silver Rocket club, first on, for less than their fuel costs. So_, we have the straight-up indie-rock of The Get-Outs’ _‘Beer Can’ (pissed off and quite probably pissed up) rolling into speaker cones mere seconds after the blissfully bonkers sweary business of 3hostwomexicansandatinofspanners’ ‘(The) ASBO Generation’. The song’s almost worth the asking price alone, and demands attention now from all’a’y’all singing Future of the Left’s praises these past few months.

Meet Me In St Louis, This Aint Vegas, Charlottefield, 65daysofstatic, Lords, That Fucking Tank, An Emergency, Trencher and about a dozen more will be familiar to DiS readers, if only in name, but it’s the surprises that make this gloried mix-tape (x3) the essential purchase it is. Optimist Club burned brightly for a short length of time, in a similar fashion to LA’s Wives (who they actually supported at the Brixton Windmill once), and their ‘Red Wizard Is About To Die’ is a reminder of just how great their frenzied and fractured punk could be. The also defunct Eiger are gloriously grotesque, recalling Faith No More if The Locust hopped about Mike Patton’s funk-rock rollercoaster and derailed the fucker into a tar pit. And that’s not even the tip of the (yellow snow) iceberg.

The Phil Collins 3’s ‘Chicken Nutsack’ is every bit as brilliant as its title makes out, bottoming out in the intellectual stakes but making up for lyrical ‘shortcomings’ by committing to tape the kind of racket that today’s most-feted punk-rockers would kill to emulate. Stinking Lizaveta explore rock at its lowest end with ‘Indomitable Will’, reminiscent to a degree of Big Business and Darediablo; similar of noise are London’s The Notorious Hi-Fi Killers, whose sludge-dirge could rupture eardrums from another club altogether. Anyone more enthralled by guitars that are widdled rather than wrecked will have appetites sated by Instruments, whose ‘Bright Eyes Make For Good Dogs’ is a neat-enough tribute to the Kinsella school of songwriting. Don’t be surprised if they’re as recommended by the critics as Johnny Foreigner and Los Campesinos! in 2008.

Seventy-two tracks, a tenner. The maths, simple as it is, adds up to buy this here.