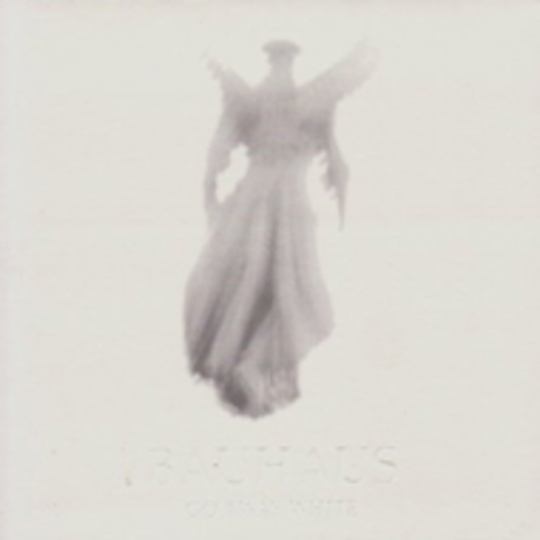 Imagine the scene: somewhere, in a non-specific city suburb, a light bulb blows. The residents are having difficulty screwing in a replacement filament fitting. Then, from nowhere, Thomas Edison, inventor of the modern-day light bulb no less, shows up to lend a hand. Great to see you Thomas, but, y’know, there are plenty of other folks that can help us now. Time to beat it back to where you belong, old man, don’t you think?

And so it goes with the final album from Bauhaus, originally formed in 1978, the outfit widely acknowledged as the founders of gothic rock. There’s indisputable evidence that the sonic territory they forged was vital at the time and has remained influential, but in the year 2007 we have gatekeepers to dramatic, fearless rock twice as vital. Nick Cave, for one, cannot be killed. Antony (minus his Johnsons) is even hip enough to get electro loan deals. Bauhaus are a stone mausoleum by comparison, standing stately, but of another time. The world needs its inventors, its pioneers, yet history has shown the baton is soon passed, leaving yesterday’s leaders behind. And those aforementioned past tense references are telling, because that’s exactly where Go Away White sounds as if it belongs: in the past.

Or at least eventually it will, once it becomes clearer exactly where Bauhaus are heading with their ten-track suicide note. ‘Too Much 21st Century’ begins with one of the meanest minimal intros of 2008 thus far before almost immediately disintegrating into what might be best described as AOR prog and a chorus fit for… well, reference points this side of Queen drummer Roger Taylor’s less-than-faultless solo work would all be overly kind. ‘Adrenalin’ follows a similar route, as does ‘International Bullet Proof Talent’, albeit with more creditable lip-curling cool clinging to a wiry exterior. In between, ‘Undone’ demonstrates more than a passing Joy Division atmosphere and equal helpings indebted to Bowie (the latter previously covered, to some success, by Bauhaus).

Beneath what emerges as a stripped version of grandeur, there’s a sense of humour lurking. Or at least there better be, else ‘Mirror Remains’ is pure, unreconstructed Spinal Tap. “Right, that’s a solo there, of some kind,” we’re told in a (hopefully) hammed-up English accent, as what appears to be guitarist Daniel Ash strangling his six-string with cheese wire squeals and protests in the background. “That _is the solo,”_ comes the reply. No drummers explode. Confusion ensues. There are other instances – ‘Zikir’, for example – where high preposterousness is the only other conceivable answer too.

But epics have long set Bauhaus apart, not least thanks to breakthrough single ‘Bela Lugosi's Dead’. No different here: ‘Saved’ is distinctive, if ultimately cobblers, yet ‘The Dog’s A Vapour’ creaks and crackles with ethereal energy for nigh on half its seven minutes with spine-tingling effect. Too little too late, perhaps, but it’s brief justification for prior pedestal positioning if nothing else.

They might want to Go Away White, but Bauhaus won’t be remembered for the tone or content of this parting shot; they’re always going to be the band who brought a little blackness to guitar music. Their metaphorical funeral, meanwhile, is more bookend than headstone.

Be Your Own Pet, Damn Shames at Leadmill, Sheffield, South Yorkshire, Sat 22 Mar