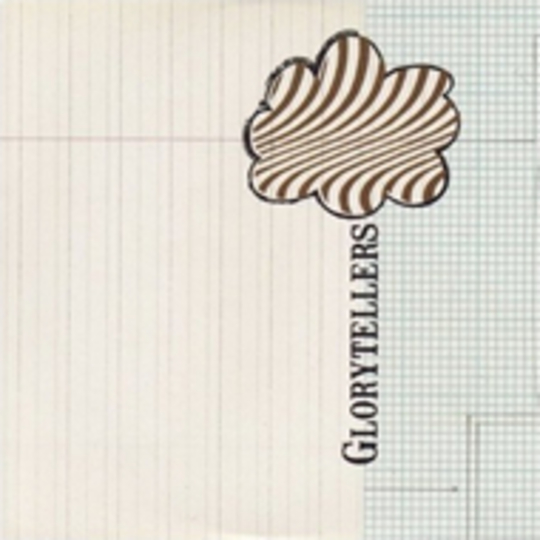 Crackling between globules of jazzy haemoglobin coursing through the veins of late Boston improvising indie-rockers* Karate *was a softer heart, beating clearly beneath. It was one that burst forth most often from frontman Geoff Farina’s pure-throated vocal considerations.

It follows that though Farina’s latest project, Glorytellers, aren’t a straight transplant operation, the ten succinct song strums of their debut album are the logical evolutionary conclusion. Like Karate, there won’t be an avalanche of followers. Rough diamond appeal will never, of course, appease legions more entranced by diamante-plated immediateness.

Previous instances of America’s underground rock band thinkers going acoustic have drawn results fit for mild wonderment – take Silkworm’s You Are Dignified EP, posthumously rendered particularly affecting after drummer Michael Dahlquist’s untimely death. And though Glorytellers won’t quite have anybody banning amplifiers or arguing Karate have been usurped, Farina does tug heartstrings with the same quiet ease he manipulates the gently-caressed strings of both electric and acoustic guitars. Skittering, abstract drumming employed by Glorytellers’ only other full-time member, Luther Gray III, only adds to an atmosphere of classic English folk updated into a dreamy coffee-shop beatnik business.

There’s an earnestness here which, in less skilled hands, would stink of try-hard do-goodery. Admittedly, there’s a dark soul missing that near sonic neighbours like Jim O’Rourke (circa every time he kicks reckless experimentation into touch) positively thrive upon. And in vignettes of hope-fostering defiance, skipping from suburban strife to the world’s armed conflicts, Farina seems half-broken by the tyranny of his fatherland. But it’s almost as if having tired of comparatively shouting into the wind, he’s decided the answer is a covert campaign; to whisper where others blunder. Where that works out - ‘Awake At The Wheel’, ‘Anonymous’ or ‘Perennials’ – it’s difficult to quibble with his methods. And when on the language-skipping ‘Trovato Suono’ Farina intones “I just lost the master tapes / Threw them out the fire escape / Ironically to save them from the fire”, it becomes clearer: Glorytellers’ musical habitat exists way beyond linear constraints of compact discs or vinyl.

Too rambling to be entirely beautiful, but impassioned enough to lose focus and meander for too long, Glorytellers won’t make that much sense in the Seasonal Affective Disorder months. In the cool escape of indoors this summer, once plain and plaintive first impressions have long since passed, we’ll suggest it could lull you to another place altogether.