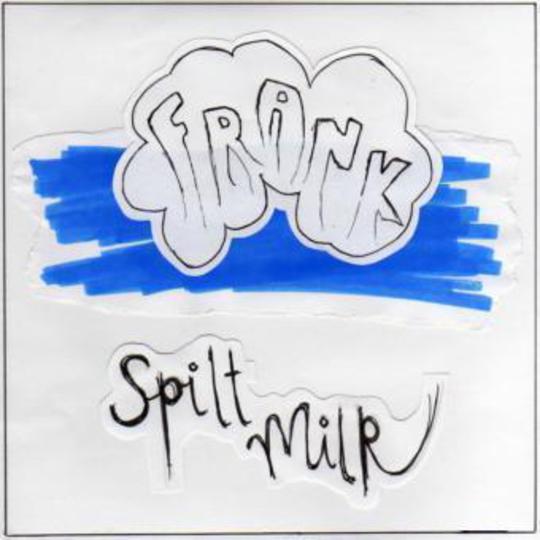 Handclaps, glockenspiels and band members called Gareth Milkfudge and Mark Milkycow probably aren't what the ‘serious’ would expect to be reading about in the earliest stages of 2008.

Which is probably the whole point of Spilt Milk. Based around a core of four members (the aforementioned Milkfudge and Milkycow being two) which can increase by anything to six and beyond in the flesh, their music is clearly reminiscent of a time when ‘indie’ was synonymous with bowl cuts, button badges and cardigans.

In a similar vein to recent releases by Los Campesinos! and The Chiara L's, 'Frank' raises a glass to the halcyon year of 1986 before ending up somewhere between 13_-era Blur and The Wave Pictures' surreal _‘Airplanes Of Brescia’.

Flipside 'Little Habits' is slightly more conventional in a pop sense, and clearly suggests Spilt Milk have more than one string to their deceptively creative bow. Charming.