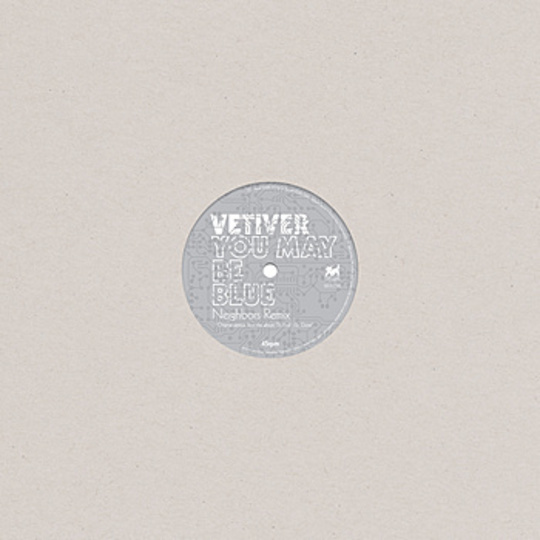 Neither prolific nor easy to pigeonhole, San Francisco's Vetiver have long been associated with the city's alternative folk scene probably due to head honcho Andy Cabic's dalliances as producer and sometime collaborator with the likes of Devendra Banhart and Joanna Newsom.

One suspects that may be about to change when the two tracks on this twelve-inch reach the public domain. While neither here can be labelled ‘new’ in the strictest sense of the word - 'You May Be Blue' and 'Been So Long' are essentially the opening two songs on 2006's To Find Me Gone, Vetiver's last studio excursion - listening to either track in both their current and previous incarnation you'd hardly be able to tell that they were one and the same.

Gone are the simplistic melodies and largely acoustic-based accompaniments. Instead, Cabic and his partner in Neighbors - fellow producer Thom Monahan - have turned 'You May Be Blue' into an opulent eight-minute drone not too dissimilar to Sonic Boom's work as Spectrum. 'Been So Long', although still focusing largely around the (guest) vocals of Brightblack duo Nathan Shinywater and Rachael Hughes, fuses both Can-style repetition with an underlying dance-based intent not seen since My Bloody Valentine ruffled clubland with 'Soon' some fifteen years ago.

Sadly there are no plans as yet to follow this – or release any new Vetiver output – before 2009. But with appetites already dampened, the countdown begins right here.

Video: 'Been So Long'