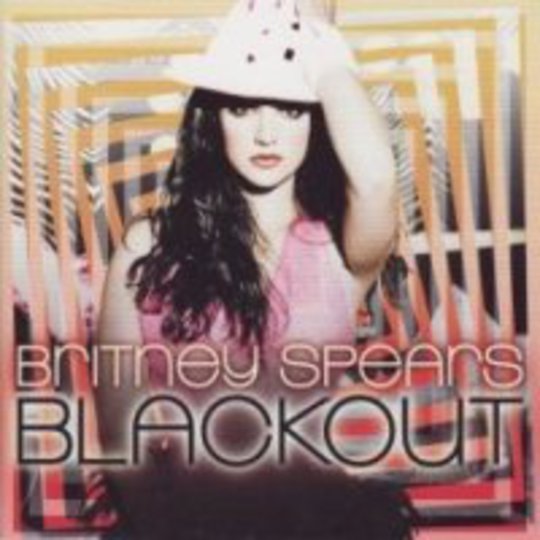 There’s an interesting drinking game you can play with the new Britney Spears album. It involves taking a swig of ale every time Britney does a sex noise, and it’ll have you on your back faster than you can say “X-tina Aguilera did this _years ago”_.

It’s really not our place to debate the rights and wrongs of the egregious Ms Spears’ private life, suffice to say everyone’s got an opinion on it and it’s probably a bit of a mess. But since last time we checked Britney is a real person and not some kind of perma-lubed focus group messiah, it’s virtually impossible to listen to her new record without wrestling with the attendant baggage, and as such Blackout emerges as a bit of a tawdry affair.

Early press has tended to focus on Timbaland protégé Nate ‘Danja’ Hills’ strong hand in creating what is probably Spears’ best record to date, but what they have failed to mention is how our knowledge of the car-crash reality behind this procession of softcore fantasies constantly jars with and undermines the strident electro beats striving to lend its subject edge.

Conventional logic suggests it’s the song and not the singer when it comes to this kind of hired-gun, A-list pop, and the continued success of Gwen Stefani is surely testament to that diktat, but on aesthetic terms at least, there’s an argument for backing the right clothes horse. Put simply, Britney isn’t it. Justin Timberlake assumed the flyboy mantle lent by Timbaland’s cutting edge beats with irritating ease; Nelly Furtado seemed slightly less comfortable in her urban foxstress guise, but radiated just enough bland cool to get away with it. With Britney, on the other hand, you get the impression she’d grunt and moan her way through the contents of Mein Kampf if someone told her it would sell records.

At times the levels of raciness reach Spinal Tap levels of hilarity, as on ‘Ooh Ooh Baby’'s slinky Glitter Band stomp: “Ooh, ooh baby, touch me and I come alive / I can feel you on my lips, I can feel you deep inside / you’re filling me up, you’re filling me up with your love”. Actually, that last line is weirdly astute: Britney’s an empty vessel, a hyper-sexualised object to be filled with the ideas and tawdry wank fantasies of others.

Unfortunately, Blackout’s sole attempt at dealing explicitly with personal misdemeanours, on the lascivious vocoder-pop of ‘Piece Of Me’, fares little better: ”Get in line with the paparazzi / Who’s flippin’ me off / Hopin’ I’ll resort to some havoc / End up settlin’ in court”. Without wishing to appear cruel, exactly how much of a doormat do you have to be to sing about painful events in your personal life when they’re not written by you, or even for all we know by anyone you’re even remotely connected with?

But this is ‘only’ pop music, so to hell with all of that. Just sit back, savour those crisp beats and placid synths unfurling out your speakers like chilly vapours curling from iced buckets of Moet, and let those dulling fantasies wash over you again and again... and again.