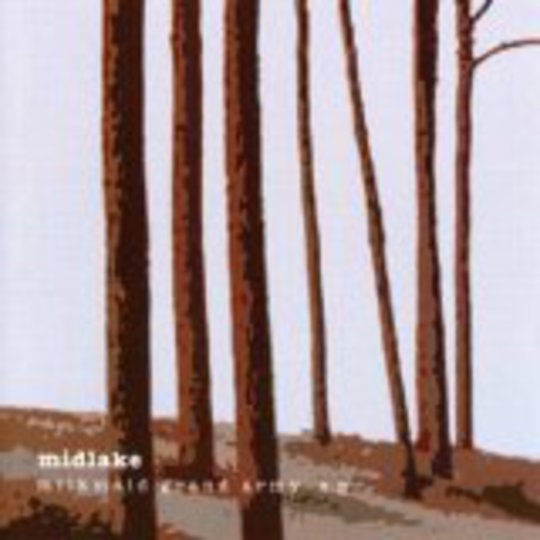 Recorded and barely released way back before The Trials of Van Occupanther, ‘Milkmaid Grand Army_’ is an EP of tracks that disclose the formative years of* Midlake*, even if it is a rather questionable decision.

Mixing motorik rhythms, languorous arrangements, lo-fi gargled vocals and a large debt to the likes of Grandaddy and Radiohead’s OK Computer, the seven-track CD is an intriguing if very uneven unveiling of Tim Smith & co’s burgeoning songwriting promise. It is, though, highly derivative and occasionally extremely unflattering.

Among the highlights are ‘Paper Gown’, which sounds like a wobbly, waltzing Thom Yorke; all grandiose fragility and keening falsetto, while ‘Excited But Not Enough’ is a fuzz-sludged run through the Muse back catalogue. Tracks like ‘Simple’, on the other hand, meander and fade away without amounting to anything more than polite atmospherics and closer ‘Golden Hour’ sounds uncannily-like a barely-disguised lift from long-lost Radiohead B-side ‘You Never Wash Up After Yourself_’.

‘Milkmaid…’ does little to further the growing reputation of Midlake, but does provide a sometimes-fascinating insight into the growing musical powers of a band. Ultimately though, it is the ultimate example of a record that should be marked ‘For Enthusiasts and Collectors Only’.

We wait with higher anticipation for the next Midlake album proper.