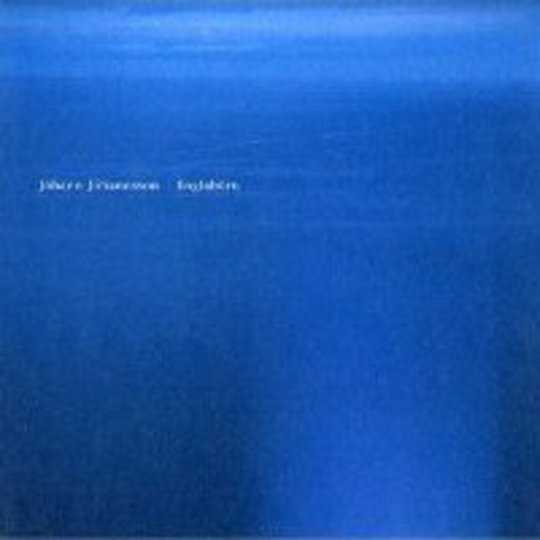 Save for a couple of exceptions – weirdly robotic opener ‘Odi et Amo’, for instance – this reissued debut album from Icelandic composer *Jóhann Jóhannsson *sounds like a fractured music box, its ballerina pirouetting to one side, a slanted angle spoiling her poise, tender violins lamenting her slow slide from grace. Before long the failing toy will be discarded, remembered only in gentle echoes and waves of tingling nostalgia.

Englabörn is an album of music originally written for a play sharing the same name; said play is, in Jóhannsson’s words, “extremely violent and disturbing”. Quite contradictorily, this album is anything but – it’s a classical instrumental album at heart, embellished by electronic additives which click and buzz beneath piano keys chimed with care for the pauses between depressions, every instance of finger on ivory measured with precision.

Individual highlights are initially those which present strings to the fore – the delightfully brief ‘Petta Gerist A Bestu Baejum’ and penultimate offering ‘...Eins Og Venjulegt Folk’ for two – but later listens reveal the piano to be the driving instrument at work. As such _Englabörn feels like an album meant to be played by one, like Dustin O’Halloran’s solo releases, rather than a series of arrangements imagined with a string quartet in mind, let alone a full orchestra. The electronics, though distracting, add little to the songs they grace; this album’s appeal lies in the organic elements at work rather than any circuit board-sourced afterthoughts.

Underdeveloped in comparison to Jóhannsson’s IBM 1401 album though it is, Englabörn is nevertheless recommended to those currently enraptured by Efterklang, Murcof and Yndi Halda. The stylistic similarities are slight at best, but overall moods are easily comparable.