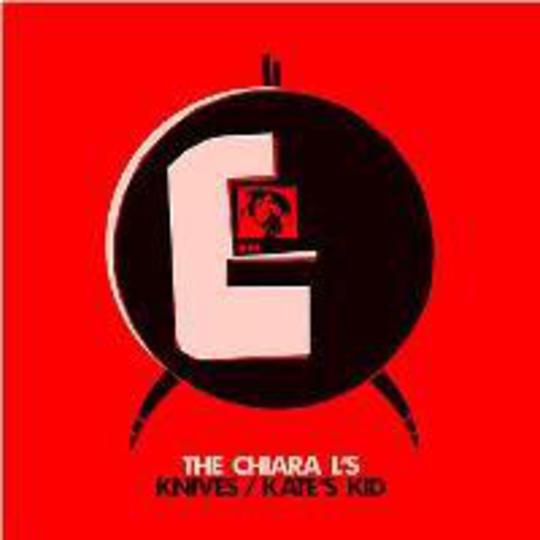 Not since Clare Grogan decided to swap schoolgirl crush films for a (short-lived, admittedly) crack at pop stardom has something sounded so fresh, innocent or exciting as this. The Chiara L's - named after their singer - revisit a period many didn't know existed and those that did had probably forgotten about.

With a guitar sound that owes as much to the visceral mid-period Banshees howl of John McGeoch as it does the neu-dance phenomenon led by Bloc Party, augmented by Chiara Luccini's mildly eccentric Leeds Chinatown vocal, both 'Knives' and its sister flipside 'Kate's Kid' straddle the borderline between familiarity and unique entity almost simultaneously.

Sure, there are certain inescapable reference points such as the aforementioned acts, and even a dose of the Helen Loves too, but along with recent releases by the likes of Sky Larkin and Buen Chico, this record was obviously constructed deep in the heart of West Yorkshire. And even if it does wear a hairslide and a Pastels button badge alongside its heart-adorned sleeve, this is the true definition of indie-pop in its purest form.

As Ms Luccini closes the title track with the line "I don't think this could be any better we're all inclined to agree. Delightful.