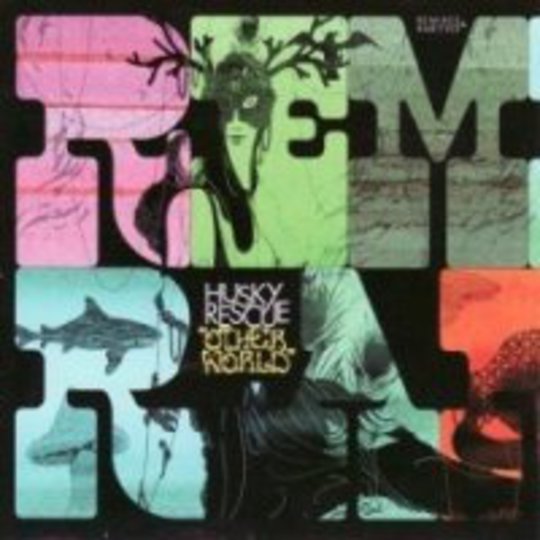 Great news! There's been a release! Of Husky Rescue rarities and remixes! Brilliant!

Alright. I'll be honest: I've no idea who this band is, and I've no idea what they've done or who they've influenced to deserve this kind of reminisci-package. Quite unusually for a closed-minded gimp such as myself, though, Husky Rescue are striking me as a prospect that might be quite nice. The remixes, though I can claim no frame of reference for them and can equally not be bothered to seek out their inspirations, seem pleasant, considered, even interesting. Chin-stroking intellectualism is thankfully cast aside in lieu of dirt, bass, thuds and repetitive joy. Not especially taxing, but it's a Tuesday and I just don't want challenges right now.

Tunng's enjoyable stab at 'Diamonds In The Sky' remains (remember I said it was enjoyable, though) rather without their menace, but is still crafted with enough hollow despondency to make those beautiful chord changes on the guitar the centre of attention. Of the rarities (the not-covers), 'Poison' is the clear winner. One suspects, with no evidence to hand, that Husky Rescue are the kind of band to whom melody and its relation to accompaniment is very important. More than functional shapes are the Beth Gibbons-esque husk and the arching synths. Atmospheres are consummately created and then lived in, lending the music a terrific nostalgia and sense of pedigree. Similarly, 'Gasoline Girl' uses muscular parallel chord changes to bolster an already well-bolstered voice, and some proper-spooky keys to create a smoky atmosphere Nick Cave would probably live in with a beaten dog.

See, as a reviewer, you're meant to just know what most bands sound like so you can make your very informed opinion stick out a little more. Basically, you do your homework all the time by hearing everything you can. Husky Rescue are a band (a Finnish band, apparently) who I, for unimportant and uninteresting reasons, have never locked horns with. To then hear people take material you've not heard and monkey with it makes the job even harder to judge impartially, but on Other World there's wealth enough of innovative approaches and tuneful menace to stop it being a mere covers album. (I think, probably.)