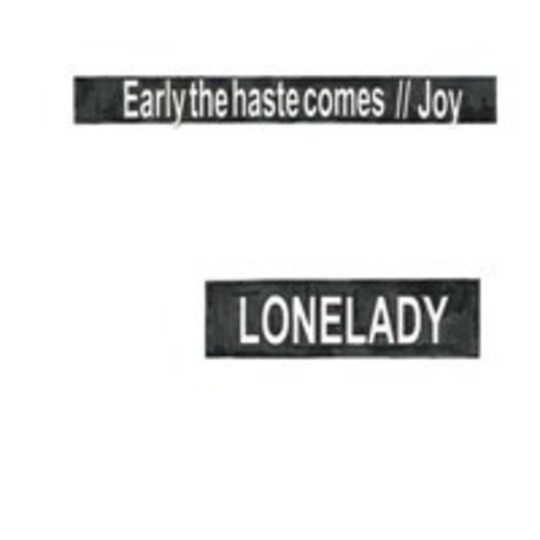 One of the first offerings from the new Too Pure Singles Club, LoneLady’s double-A of ‘Early The Haste Comes’ and ‘Joy’ is a bit of a non-starter: coming on like a roughed-up Cranberries (sorry, but it does), Julie Campbell’s solo venture lacks the sort of spark necessary to stand out in a crowd of guitar-slugging females. Sure, it’s punchier than the Tunstalls of this world, but what can’t be given gestation enough?

‘Joy’ features an oddly annoying whistle effect throughout its linear form, its furrow never altering course; ‘Early The Haste Comes’ benefits from a meatier execution, but Campbell’s vocals seem so half-arsed, so barely enthused, that it’s tough to engage with a song that toys with exploding into Gossip boisterousness but sticks to its single-minded guns, never really gripping the listener tightly enough.

When DiScovered earlier this year, Campbell stated that “calling myself LoneLady rather than Julie Campbell adds a touch of mystery, an air of flamboyance, even”. Yet there’s nothing flamboyant about this single; indeed, there’s barely anything worth writing about, so flimsy are these two songs. Unless her next release shifts through the gears in earnest, LoneLady will forever be just a mystery of an act, a name seen on a flyer but never once given the time of day.